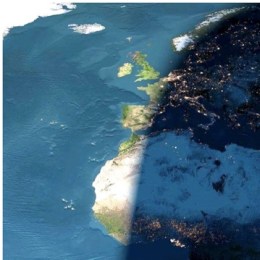 Fujitsu may sue over the iPad name
Clearly, Apple’s entry in the tablet PC space is a serious threat to vendors such as HP, Toshiba, Fijitsu, and Motion Computing. One of the most severe reactions from these vendors came from Fujitsu, which has owned the iPad trademark since 2003 and whic could end up suing Apple over use of the name.

In fact, in an article published by the New York Times today, Masahiro Yamane, director of Fujitsu’s public relations division said: “It’s our understanding that the name is ours”. Interestingly, a Fujitsu representative said that Fujistu was fully aware of Apple’s plans to sell the iPad tablet. The company is in discussion with several lawyers. Remember, Apple ran into the same situation when it launched the iPhone three years ago; the name iPhone at the time was already being used by Cisco Systems for one of its products. The two companies ended up negotiating a settlement.

In the UK, while T-Mobile and Vodafone have already declined to comment on the device itself and whether they will carry Apple’s new tablet PC in the near future, this is not the case with major UK carrier O2, which said “The iPad is an exciting device but we have nothing to announce at this time.” Of note, according to The Times, Orange seems to be the first U.K carrier to be in discussion with Apple to land the iPad.

Australian carriers are mixed
In Australia, reactions from carriers were fairly mixed. Some didn’t seem to show any interest in the device. In fact, according to an article published by Computerworld Australia, a spokesman from Virgin Mobile said the company doesn’t see the iPad as a large opportunity. “We stock mobile phones at the moment, rather than laptop or tablet type devices,” the spokesperson said. “Therefore there are no immediate plans to stock the iPad.”

However, Vodafone Hutchison Australia said, through a spokesman, that it was “very interested” and that the “exciting and innovative Apple iPad” would be a great addition to its existing product portfolio.

Nokia, a future competitor in the tablet PC market? Not so fast
While Nokia has not yet commented on Apple’s iPad, during Nokia’s earnings call, while management’s comments seemed to indicate that Nokia does not plan to develop a tablet PC (e.g. Symbian/Maemo-based tablet PC) to compete with the iPad at this point, management did indicate that it was closely looking at the overall tablet market.

“When it comes to the tablets and products like that, so we did explore and are really exploring as we speak, as the Nokia Booklet has gotten tremendous response in the marketplace, of course it’s more like exploring as opposed to a product that will become the market leader (..) But I think that experience that we have gotten there, the attraction we are getting, the understanding that we can deliver a different type of product, make us really look at the overall tablet markets and different type of convert devices between the mobile phone and the PC”, said Nokia CEO Olli-Pekka Kallasvuo.

These comments come as no surprise given the growing level of interest for the tablet PC market. No doubt Nokia, which recently entered the netbook market, could make a strong move in the tablet market in the coming years, especially if Apple starts to experience strong success with the iPad. It’s also worth pointing out that Nokia’s Booklet 3G “mini laptop” experienced a good response in the market, the company said.

“Our perspective is we play in the world of connectivity and particularly mobile connectivity and this device fits well within that; we think there will be a whole range of them. This is an extension of a smartphone perhaps even more than it being a smaller PC. It is much more in the territory that we operate in,” he said