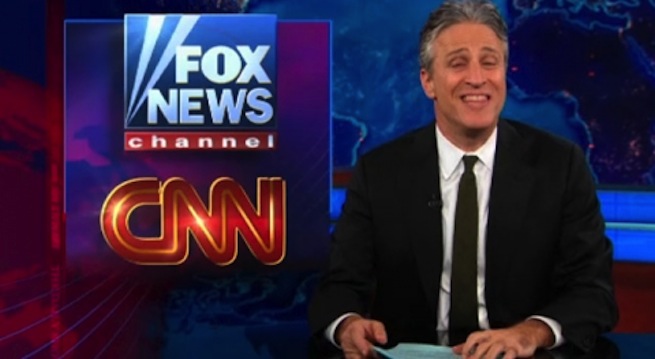 Online utility the Internet Archive is boosting the kind of content it has available to reference by adding a backlog of old TV news videos, the organization announced yesterday.

The Internet Archive is probably best known for making copies of over 150 billion webpages over the last 15 years in an attempt to preserve the past. However, the organization actually wants to catalog books, videos, and other forms of media.

The new video content collects news from 20 different TV channels, which adds up to over 1,000 news shows and 350,000 news programs over the last three years, reports the New York Times. The news content comes from CNN, Fox News, NBC News, PBS, and even The Daily Show. The programing comes with closed captioning as well as a way to search for videos via the closed caption text.

And while people mostly use the Archive for research purposes, this latest move to add TV shows does have other purposes.

“The focus is to help the American voter to better be able to examine candidates and issues,” Internet Archive founder Brewster Kahle told the NYT in an interview. “If you want to know exactly what Mitt Romney said about health care in 2009, you’ll be able to find it.”

My first thoughts about backing up news by recording entire days’ worth of TV coverage, is that it’s going to cause the major entertainment companies to file lawsuits until its removed. Not only is some of this content still being monetized on the official news websites, but it just seems like a major “no-no.” However, the Internet Archive is operating within legal boundaries according to a federal copyright act signed in 1976.

Kahle said he isn’t trying to replace the news networks, nor does he plan to add video content to the Internet Archive until a full 24 hours after the original program airs on television.

Still, I can’t imagine the news networks are going to just sit back and be OK with this, even if it provides an extremely useful service to the world.

Image via The Daily Show