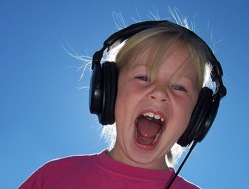 Internet radio companies have been complaining for a while about the high royalty rates they pay for music — they said the rates set in 2007 didn’t make sense given the small amount of money they’re making. Pandora, which remains one of the most popular applications for Apple’s iPhone, even said those fees might force it to “pull the plug” on the service. Now, it looks like the issue has finally been resolved, with webcasters reaching a deal with SoundExchange, the nonprofit group that collects royalties for music copyright holders.

“Pandora is finally on safe ground with a long-term agreement for survivable royalty rates,” said Pandora Chief Technology Officer Tom Conrad in an email sent out earlier today. “The unresolved licencing issues have hung over us like a dark cloud for two years. It’s a great feeling to have the road cleared of that obstacle.”

The Radio and Internet Newsletter (RAIN) has more details on the agreement, which lasts until 2015. But the crux is that SoundExchange will reduce royalty fees in exchange for a percentage of revenues. It’s an opt-in system (meaning a company could choose to pay the higher royalty rates and not share revenue), and the terms change depending on the size of the company. Since Pandora is a “large” webcaster (meaning it makes more than $1.25 million annually), it gets a 40 to 50 percent cut in royalties and in return gives SoundExchange 25 percent of US revenue.

Conrad added that the deal still sets Pandora’s royalty rates at a level “much higher than any other form of radio.” To bring in more money, the Oakland, Calif., startup is limiting its free service to 40 hours of listening a month. People who want to listen more than that (they account for 10 percent of users right now) have to pay $0.99 or upgrade to the $36-a-year Pandora One service.

The first companies to sign the agreement were AccuRadio, Digitally Imported, and RadioIO, RAIN says.

[Are you an entrepreneur or executive active in mobile? Join us at MobileBeat 2009, our mobile conference for industry leaders, where Pandora’s Conrad will be one of the speakers. Sign up soon.]