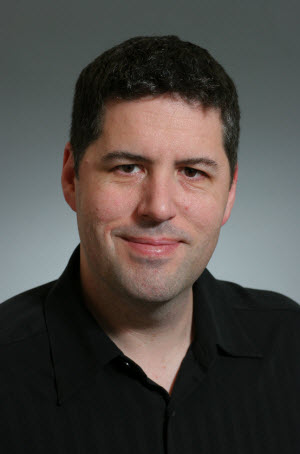 Game designer Will Wright has moved on to new things. But Tim LeTourneau has been with The Sims game development teams since before the first game launched a decade ago. Now he is the vice president and general manager of The Sims Studio at Electronic Arts. EA says that the video game franchise has now sold more than 125 million units across 60 countries. Like a machine, EA has produced 45 different versions of the game, launching The Sims 2 in 2004 and The Sims 3 in 2009 as base games for expansion titles. We caught up with LeTourneau for an interview about the occasion.

VB: How long have you been doing this?

TL: I have been working on The Sims for 10 years. I joined the team six months before the release of the first game, as a producer.

TL: It’s been 10 years of the most fascinating virtual neighborhood you can imagine. Every one of the neighborhoods is the creation of an individual person. When you think about it that way, as a game where you create the experience, where you can create your own person, houses and neighborhoods, I think that’s why The Sims has endured so long. It changes so easily with the times because people can put themselves into the game.

VB: What are some examples of that change?
TL: The technology we use has changed. When the first game came out, it had wall phones and counter phones. That is how the Sims called for pizza. Now with the Sims 3, they’re using cell phones. It’s funny how to look at the content of the game is a reflection of our everyday lives. We use laptops instead of big giant desktops. That’s what is so fun about The Sims. It captures everyday life, like a mirror of our universal reality. That’s probably why it sold more than 125 million copies. 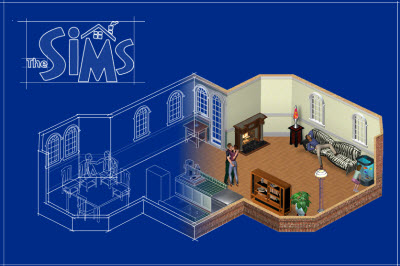 VB: A lot of other games don’t last as long. The franchises die off. What is the difference here?
TL: We’ve been asked where we draw our inspiration from. What will we do next? The Sims is as big as life itself. The things that we find interesting in our own lives are things the Sim characters can find interesting in their virtual lives. As developers, we think about what the Sims would like to be able to do. We find game experiences in those things. We love to go on vacation. We love our pets. We love to become famous. Those are natural extensions to our games. For us, we can continually add content to this virtual world because there is always something we want to do in the real world.

VB: Were there particular games that were the most successful?

TL: If you look at the community, in the history of The Sims, I think that The Sims Hot Date (November, 2001) was a big transition for the franchise. It was the first time the sims got to break the barrier of the house. The Sims were used to living in the confines of one place. In The Sims Hot Date, the sims traveled to see other places, got to go downtown to shop. And you can chart from that point to this day to how The Sims has grown. The Sims 2 came with a whole  neighborhood. The Sims 3 is an open world. You can follow them wherever they go. It’s simulated at a town level.

TL: The Sims 3 High-End Loft shipped this week. The Sims 3 sold 4.5 million units since its launch in June, 2009. It’s doing very well. The Sims World Adventures was the first expansion pack for The Sims 3. That shipped just before Christmas. The expansion packs are what we use to add to the Sims experience over time. We grow the content and experience across new places and adventures.

VB: What brings in new players now?
TL: The Sims is a pop culture phenomenon now. It’s an ubiquitous brand. A lot of people are drawn to the new expansion packs that are relevant to them, and that brings them in. We take advantage of today’s marketing avenues. We use social networks. The Sims are everywhere. When you’re ready, it’s there on the shelf.

VB: I imagine that Facebook, the iPhone and other hot things are likely to be used with The Sims?
TL: The Sims 3 for the iPhone was the No. 1 app. It’s natural to expect that future Sims products will take advantage of all of the places where people are playing. The Sims 3 World Adventures will be available on the iPhone.

VB: The pace of game introductions will continue as you’ve done?
TL: We are always thinking about the future, including going places we haven’t gone before.

VB: What were some things that surprised you about the impact of The Sims on culture?

TL: First and foremost, it’s a game. What none of us anticipated was the creative medium it would become. We didn’t know we would have millions of pieces of content available from players for free. The Sims 3 already has 110 million downloads of player-created content. I don’t think any of us imagined that would happen. You combine that with the movie-making tools that we included in the game. Now you have a YouTube channel with Sims-themed movies that has been viewed 26 million times. Players can now experience the Sims without playing the game.

VB: Will Wright created it, but he has moved on now. How did you adjust to that?

TL: A lot of the creative team has moved up. I went from a producer/designer to a general manager of the studio. Many of us were there from the beginning. A lot of the original Sims talent is still there in the studio. It was Will’s brainchild. But Will is the first to point out that The Sims is a collaborative effort. Women designers such as Claire Curtain and Roxy Wolosenko had a very big impact on the game. It was a result of a very creative team. A lot of that team is still here. Will is not involved anymore, but the spirit of collaborative development is how we make the game. 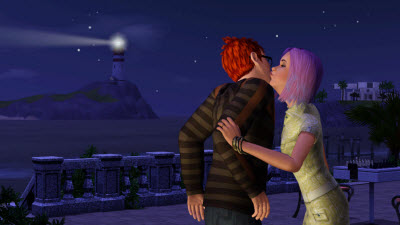 VB: How much more real is The Sims 3 compared to the original?

TL: We don’t think in terms of real. We think in terms of believable. How do we help the players believe in the characters? What The Sims 3 does is give you a sense that this entire town is simulating at the same time. You see families move in. You see this activity that happens around your character. That makes it more real for me. The entire town is growing, aging, and living together.

VB: What sums it all up for you?

TL: For ten years, which seems an eternity in the games world, The Sims has been a leader. There are no competitors.
No one is doing what we do. That is a testament to the game that came out 10 years ago and has continued to grow and develop. It’s a game that is about enabling the players to tell their own story in an incredible virtual world of their own creation. To me, what makes the game timeless is that it is a reflection of the player much more than it is a reflection of us.

VB: From a business view, I think of the Sims as an annuity business. From the purely business view, it is an example of milking a franchise for all that it is worth. Not many franchises would justify that. From a business view, The Sims seems to represent the best and the worst of games.
TL: As developers, we have always lived by the motto that we earn the right to make the next one. We can’t ever feel like we are just in a routine. We have to earn the right to make the next one. We have to create the desire for the consumer to come back. We stay humble. How do we deliver a quality experience for fans that makes them want to come back. We don’t take our success for granted.

VB: There were times when you had some difficult games. The Sims Online didn’t work out. How did you bounce back?
TL: The Sims Online was ahead of its time. Some really liked it. It never resonated as strongly as the regular
Sims game did. It was something we tried. It worked for players it worked for, but not in the same sorts of numbers that a regular game does. 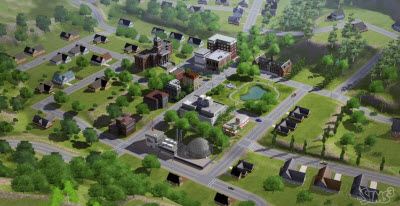 VB: I suppose that with everything moving online, you could create a game that gives you a lot more feedback?
TL: A lot of people would say that The Sims is not an online or multiplayer game. But the reality is when you look at what people do with The Sims, the way that they share, we have always thought of The Sims as an online experience.

VB: How much content is created by the users, compared to what you create?
TL: We haven’t measured that, but the user content is huge. We released The Sims Create AWorld tool to let players create their own maps, populated with houses and people that have their own spaces. It’s like you are creating a neighborhood for people to experience.

VB: Have you considered open source?
TL: We have never gone that far. We still want to be able to control the experience for the users, to keep it consistent. We have been nervous about making it too open. The world of The Sims is precious to individual players. They trust the content we get from us. We go to great lengths to protect their content that they have created. We would never want that undermined by malicious players. It’s a tightrope that we walk.