Just as significant as its launch, however, is its intent to showcase the strengths of Facebook’s new “Platform,” a set of tools to allow developers to build applications upon Facebook. More on that in a second.

Project Agape is the most ambitious social network we’ve seen that lets people mobilize around causes of their choice. It has been secretive until now, providing a sneak preview to a handful of people, including VentureBeat (see coverage). Even today, its release for Facebook’s platform is a limited one. A more extensive version will be released next month.

A competitor, Change.org, launched just two days ago (see our coverage). That network focuses on political change. Its service tries to tap users to choose slates of politicians and other recommendations to effect change. But that site is bare bones, and still has relatively few users.

While Agape too is new, its advantage is formidable. Its software is by far the most integrated of any third-party company into the Facebook platform. Any of Facebook’s more than 24 million users can select Agape from a menu, and with one-click install it on their Facebook toolbar for continuous use. See early screenshots at bottom.

Here’s how it works:

Called “Causes on Facebook,” it allows you to create a cause, or promote an existing one to their friends You can pick from 1.5 million non-profits in the U.S. It uses Facebook’s “feed” feature to notify friends when you’ve joined a new cause. Finally, it allows you to promote the cause in other ways, building up points through a reward system, letting you show off virtual trophies that you win on your profile page after say, donating money. Ultimately, it wants to make it easier to raise money for causes. It launches with formal partnerships with ten non-profits.

It plans to use Facebook’s “social graph,” or the network of relationships users have with their friends, and their friends’ friends. The point is to mirror real life, where activists and other fund-raisers reach out to influencers and ask them to reach out to their own followers. (We wrote about this in our first post). Facbook Photos and Facebook Events have done well by building on this. “Cesar Chavez would ask a farmer to gather their friends in their hut, and he would talk to them,” explains Joe Green who co-founded Agape with Parker.

The two go further, arguing that young people have become alienated from political and social causes precisely because there has been no way to mobilize online. They point to an “erosion of social capital” caused by modern lifestyles. A decline in local chapter-style organizations has left a void, they say.

Parker’s convinced this will work because Facebook’s users exhibit a higher level of engagement than most sites. About 50 percent visit the site daily, with an average use-time of more than a hour.

One advantage Agape has is how it sits on top of Facebook’s platform. New internet companies find it hard to attract users from scratch. Most try a “sucking” strategy. Photo, video and other companies, for example, let users place so-called widgets on sites like MySpace, and by trying to suck those users back to their own sites with links, registrations and so on. Agape’s method is different because it seeks to remain native to Facebook, with style and features that make it look like just another Facebook application. It uses Facebook’s mark-up language, “FBML.” Its icon is similar to that of Facebook Photos and Groups.

The close partnership stems from Parker’s relationship with Mark Zuckerberg, chief executive of Facebook. Parker was an early collaborator at Facebook, before leaving the company more than a year ago. Green, meanwhile, was Zuckerberg’s roommate at Harvard.

“Causes on Facebook,” is just one of 80 applications built by 65 companies on Platform. Zuckerberg announced more details about the platform just now during his keynote address. He emphasized that Facebook will encourage companies to make money from advertising and other transactions, giving them free access to the “canvas” pages of their applications to do as they please. This contrasts with the more closed nature of other networks, such as MySpace, which notoriously shut down access to Photobucket when that company tried to promote sponsorships. Zuckerberg also called on to the stage representatives from Microsoft, Amazon and Slide to announce integration partnerships.

Update: One attendee, I think it was Saar Gur from Charles River Ventures, went so far as to say this might represent the “end of Web 2.0.” Most new consumer Internet companies will feel forced to launch from within Facebook, because of its huge base of young, interested, experiment-happy users. If you can’t succeed there, can you hope to do so outside? So Facebook becomes the platform. Provocative thought, and clearly an overstatement, but it stayed with me. 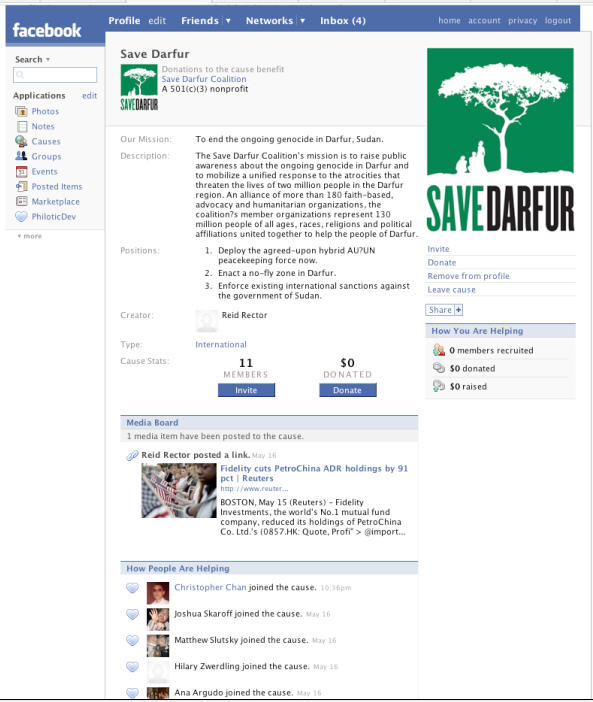 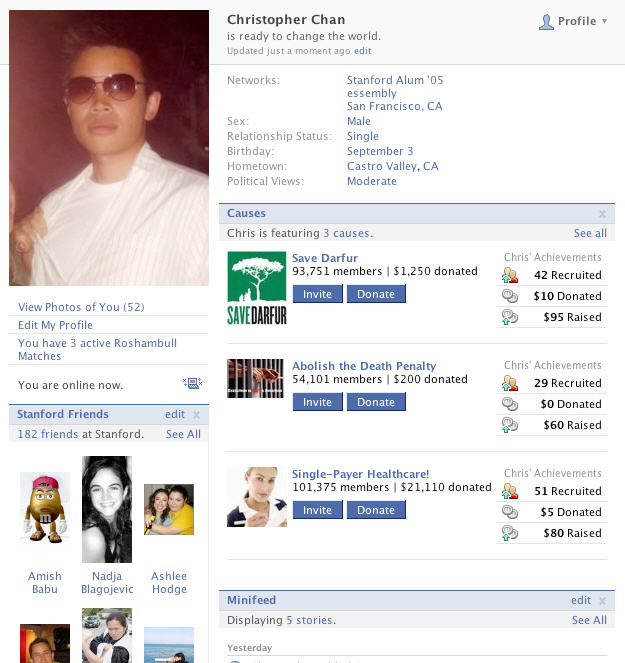