VentureBeat’s Heartland Tech Channel tracks the most important news and analysis about the technological and economic divide between Silicon Valley and the rest of America. Each week, we select the top stories and present them in a free newsletter. We include news stories by VentureBeat staff, guest articles from leading voices in this important conversation, and a number of posts from other outlets. We hope you enjoy the Heartland Tech newsletter.

Kansas City, Missouri has its Big 5 initiative. Columbus, Ohio has a 20/20 plan. In Pennsylvania, Pittsburgh has its PGH Lab. These are just a handful of the many efforts to nurture entrepreneurial ecosystems and create jobs in America’s heartland cities. Such programs often work from the ground up, but what if tech job creation could become a two-way conversation between these regions and the established tech hubs of Silicon Valley, Boston, and New York?

Working to open this kind of dialogue is Patrick McKenna, a venture capitalist who has stepped forward with a simple 3-point plan to accelerate tech job creation. He’s organized visits between Silicon Valley and Youngstown, Ohio, and this summer he’ll barnstorm Wisconsin and Michigan.

There’s also Steve Case, who launched Rise of the Rest three years ago. So far, the AOL cofounder  has visited 26 cities and invested more than $4 million in over 50 startups. His next stop is Pennsylvania, where he’ll meet with entrepreneurs in Harrisburg, Lancaster, and York.

These are just two individuals who are working to facilitate this much-needed conversation. Pushing that dialogue forward will be tech companies, local governments, investors, and entrepreneurs. Or, in the words of the Kauffman Foundation — which last week convened its Eship Summit: “Support entrepreneurs. Build ecosystems. Change our economy. Be part of the solution.”

This is the debut issue of the Heartland Tech newsletter, and we’re eager to hear how we’re doing. Please send feedback, news tips, or story suggestions to me via email — and be sure to bookmark our Heartland Tech Channel. 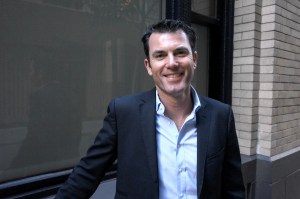 A 3-point plan to create tech jobs in the heartland

For Patrick McKenna, the 44:64 figure was the turning point. Shortly after President Donald Trump won the 2016 election, analysis of voter turnout showed that while Hillary Clinton captured only 44 percent of the electoral college, those votes represented 64 percent of the U.S. gross domestic product. “That’s one picture,” McKenna said. “But then if […] 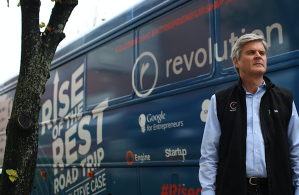 This worry motivates AOL co-founder Steve Case: America’s prosperity could be at risk if venture capital continues to flow to Silicon Valley and other elite tech hubs at the expense of the rest of the country. An economic evangelist for America’s heartland, Case, 58, in recent years has been on a mission to redirect critical […] 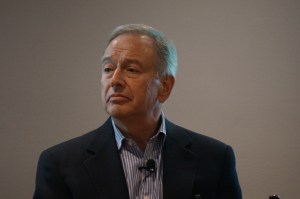 Softbank says its $50 billion will reach entrepreneurs from Kansas to Kentucky
It’s a bold vision: 50,000 new American jobs to be created by a series of investments from Softbank Capital. And with the investments coming from a $100 billion fund, that jobs number feels like a sure thing. What’s not certain, however, is where those jobs will be located. “We don’t mind where the companies are,” […] 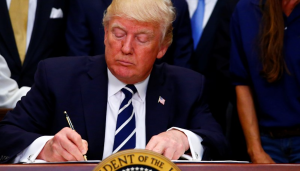 America has more than 6 million vacant jobs, yet the country is “facing a serious skills gap,” Labor Secretary R. Alexander Acosta recently said. And last week his boss, President Donald Trump, said he wants to close this gap by directing $100 million of federal money into apprenticeship programs. Apprenticeships in the U.S. are generally […]

Advancing a new wave of urban competitiveness: The role of mayors in the rise of innovation districts

Founders delivering pitches to investors usually occupy the low dais at Houston’s TMCx startup incubator, a 3-year-old outgrowth of the Texas Medical Center that houses new health technology companies. But on one recent evening, investors were the ones making the pitch. Their target: other investors. TMCx and the local accelerator Station Houston are trying to persuade wealthy people looking for investments to take a chance on the region’s startups as they try to spur innovation and to develop a Silicon Valley-like scene. (via The Houston Chronicle)

Where’s the Real ‘Next Silicon Valley’?

High-tech talent is a key driver of the wealth and competitiveness of cities. But it’s highly concentrated in places across the United States and the world, following a winner-take-all pattern and reinforcing the geographic inequality that underpins our broader economic and political divides. (via CityLab)

The Carrier plant in Indianapolis that President Trump convinced to stay open late last year will lay off more than 600 employees beginning next month, according to a new report Thursday. CNBC reported that the deal struck by Trump before he assumed office isn’t working out as expected, and more than 600 employees will soon face layoffs. (via The Hill)