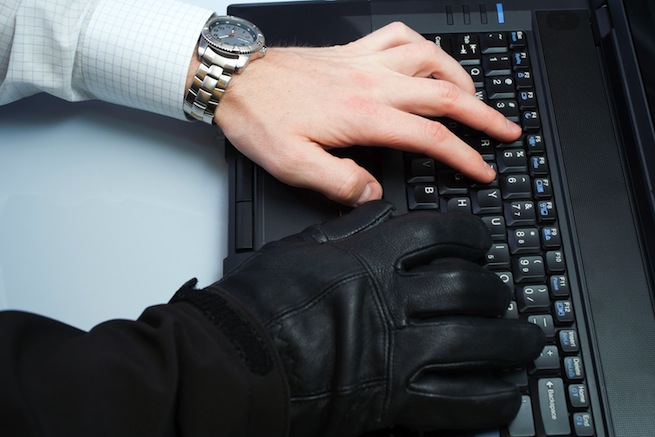 A startup called Sift Science says it can help your website battle fraud in 30 minutes or less.

And the San Francisco-based company closed a $5.5 million funding round today from quite a list of high-profile tech investors.

The cofounders have developed an algorithm that pinpoints one million patterns that help predict, and potentially prevent, incidences of fraud. For instance, those who type text in all caps are almost five times more likely to be fraudsters. 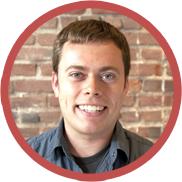 “It’s like looking at your data through a microscope, ” said cofounder Brandon Ballinger, a former senior engineer at Google (pictured, left). “You can spot patterns the naked eye would never notice.”

Fraud is a well-documented problem that set back U.S. industry approximately $80 billion annually. Sift Science is facing stiff competition from major players like IBM that are already spending millions on potential solutions to this problem.

But SiftScience’s solution is completely free for sites that “score” fewer than 5,000 users a month. Not every user needs to be scored — only those who perform a high risk action, like a transaction. For larger customers, SiftScience will charge $0.10 for each user scored per month.

Every website is different, so the founders have developed a “trainer” that lets you explicitly mark users as fraudulent or not fraudulent, which is not dissimilar to marking an email as spam. Sift Science is designed to get smarter over time.

“[But] their product gets better as the network grows, which means those services couldn’t individually fight fraud as effectively as Sift Science can because it’s learning in aggregate,” he told me. 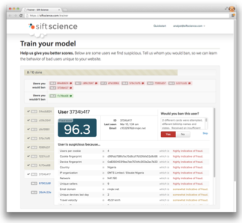 Sift Science’s product has already been tested in private beta with customers like Uber and Airbnb, as well as online retailers and payment networks. The founders claim that sign-up and integration should only take 30 minutes.

Cofounders Ballinger and Jason Tan are graduates of the competitive startup accelerator Y Combinator. The company was founded in June 2011 and has grown to include machine learning experts from Amazon, Berkeley, and Stanford.