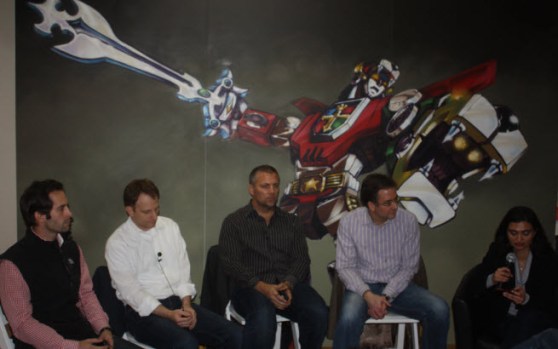 When developer Zynga’s stock price crashed earlier this year, it took a toll on the larger game industry. The social-title giant’s stock meltdown meant lower payoffs for game deals, and the valuations of game-startup investments dropped accordingly. The topic came up at the recent investor panel at the YetiZen game accelerator.

We’ll post a longer Q&A from the discussion later.

GamesBeat: We’re curious to know where you think game-company valuations are going. Was it really true that Zynga and its stock collapse brought down valuations for all game companies and startups? If so, does that make sense to you? And as investors, what do you think of the industry as a category now?

Chris Gottschalk: I can tell you a few things from our early-stage perspective. Clearly Zynga had an impact on the later-stage investments. We see it not only in gaming but in all sectors. The public markets are going to affect what’s happening in some of the later-stage deals.

On the early side, I definitely think there has been a little bit of a pullback in terms what expectations are. A couple of years back, you had people expecting uncapped notes or $20-million-plus capped notes. There were a lot of these big party rounds where people weren’t even meeting the entrepreneur and putting money behind it. Now, you’re seeing a lot less of that. You’re probably not seeing any of that. You’re seeing the caps come back down. You’re seeing people build prototypes and have some engaged user base or at least understand what their target market is. I don’t know that Zynga as a single point has done that. You’ve just seen a lot of that frothiness go away that we were talking about earlier.

Jeff Karras: I agree. It’s a more sober environment around valuation. Valuations get a little bit more skimpy. Still, the top games and the top companies are able to command good valuations. Maybe they’re a little frothy on occasion, but the majority — especially the ones that are less proven — are definitely more sober in terms of turns and valuation.

Chris Petrovic: It’s a great question. Our analysis continues to be more conservative. On a macro level I think valuations are leveling out. But at the same time, you have these diametrically opposite competing forces. There are the outliers like Zynga, with things like A Bit Lucky, where the dollar amount wasn’t a lot, but I guarantee there was a competitive bidding situation there. Where before there were informal metrics like $750,000 or $1 million dollars per engineer, they took it to $1 million dollars per employee. People start running around with that. “Look at this one example. This is what we should be doing.” Then you have the GREEs and DeNAs of the world buying unprofitable companies in the mobile space at huge multiples because they don’t want to have a competitive bidding situation. They have the cash flow that they’re drawing on back home.

Historically, as an acquirer, we face the conundrum of looking at a number of different metrics when we’re thinking about an acquisition. One is public comps, which is other publicly traded companies in your sector. For the longest time, and even today, those public comps have been pulled from Asia. There are very few pure play current-gen or next-gen game companies that are public in the West. All that we have are the console guys. Thankfully, now that Zynga is bringing down the valuation curve… [Laughter] It’s funny, because they never get listed now for social and mobile companies trying to pin valuations on themselves. Where’s Zynga in all this? Gameloft doesn’t even get brought up much anymore, which is interesting.

For acquirers, there are a lot of these forces of inertia that happen. Some are scientific, some are unscientific. Once an idea gains momentum, it’s hard to get these companies that are in the process of being acquired away from that line of thinking. Ultimately, for yourself and your investors, you want to sell at the highest possible bid. There are some folks out there that, first and foremost, want to get a good culture fit for themselves and their employees. They know that they’ll thrive in the long run. But others have a more mercenary outlook. I don’t blame either side. There’s merit to both. It’s a long-winded way of saying that, in general, valuations are leveling off from where they were in the last 12-18 months.

Gottschalk: We do pay attention to public comps, so the switch in public comps has affected our thinking on valuations. Obviously, if a company is growing fast, you can give it a premium to public multiples, but if you stretch your neck out too far as an investor, ahead of the public multiples, there’s more risk. It’s a factor in the equation. And it’s not just games, by the way. The consumer valuations across the board had gotten a little frothy. They’re starting to cool off and you’ll see them cool off more. That doesn’t mean consumer is a bad space. It’s just that some of the valuations got ahead of what was warranted. Once that breaks, you should be able to see the market resume. One twist on that, which I’ll add to this. Typically we will look at revenue comps. The challenge for Zynga, for example, is: What’s the price/earnings ratio when you’re not making earnings? You could argue that some good game companies would trade for a lot more on a price/earnings basis than on a revenue-multiple basis. It goes back to my argument about how it’s nice to make money. You at least have two ways to evaluate.

Petrovic: I don’t see us seeing Ngmoco- or OpenFeint-type deals happening again. Even from those companies that continue to be active here. I mean, both of those acquisitions were for all intents and purposes written down, if not totally off. OpenFeint is closing. The Ngmoco platform that was bought has morphed into something completely different today. They’re hiding that a little bit, but in any case, I don’t think we’re going to see those kinds of things again.

Gottschalk: I think that was a unique time and a unique environment. We definitely won’t be seeing that become as much of a strategy as it was. You had Japanese companies throwing around a ton of cash who had a huge currency advantage at the time. Those acquisitions were almost nothing to them.