InVisage Technologies hopes to usher in a new generation of high-quality, thin, feature-rich camera phones. By the end of the year, it hopes to revolutionize our smartphone cameras by shipping its Quantum13 camera sensor chips, capitalizing on a technology called QuantumFilm that has been in the works for more than a decade.

QuantumFilm sensors make it possible for images to be much sharper than those taken with today’s cameras, with twice the dynamic range (or ability to accommodate both dark and light sections in the same picture). And the camera itself can be much smaller.

QuantumFilm is a light-sensitive layer on a digital camera image sensor. It captures the light when you take a photograph, and sends it to the electronics underneath. Conventional cameras use silicon chips to absorb light, but these chips (based on complementary metal oxide semiconductors, or CMOS) only capture about 25 percent of the light that hits the surface of the silicon.

“It absorbs light eight times faster than silicon,” Lee said. “We’ve replaced silicon with QuantumFilm. That is the heart of our performance advantage.”

The opportunity is big.

“InVisage is targeting the mainstream 13-megapixel smartphone camera market,” added Tetsuo Omori, senior analyst at Techno Systems Research, in a statement. “According to our research, the worldwide volume of the 13-megapixel camera sensor market is projected to increase from 408 million units in 2015 to 995 million units in 2020.” 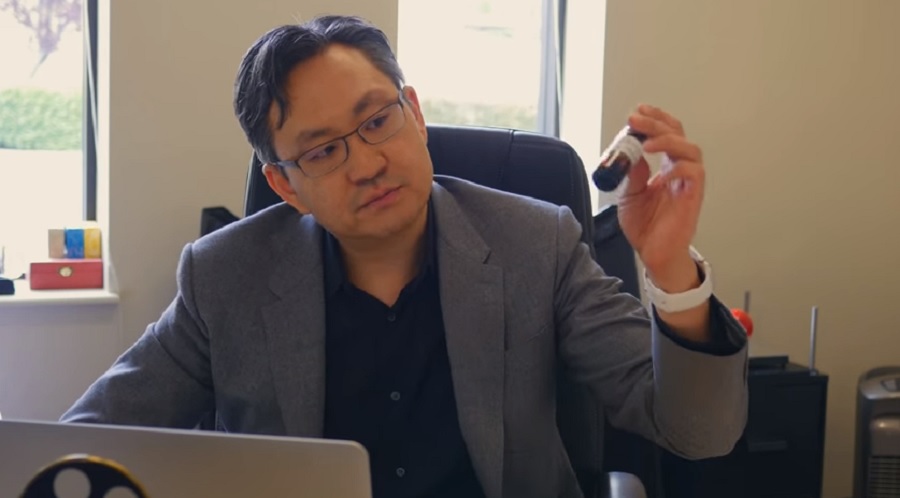 The technology has been in the works for a long time. The company got started back in 2006, after several years of research at the University of Toronto.

Back in 2010, when we first wrote about InVisage at the DEMO conference, the company had hoped to ship its chips much earlier. But it ran into a number of snags while trying to scale the manufacturing up. That’s one reason the company has had to raise more money. In 2010, InVisage had raised $30 million. As of today, it has raised $120 million from the likes of GGV Capital, Nokia Growth Partners, RockPort Capital, InterWest Partners, Intel Capital, Oceanwide, and OnPoint Technologies.

“It’s really hard stuff,” Lee said. “We are unique and rare. This kind of research isn’t done anymore, and we kept at it. We had to take the time to get it to work.”

Lee said that the company has conquered the technical challenges one at a time, and is now finally ready to ship in volume before year’s end. By early next year, customers could be shipping products with the Quantum13 image sensors, which can capture 13-megapixel images and record 4K video. Those images will have the ability to capture details hidden in shadows as well as areas splashed with light in the same image, as in the picture at the top. Conventional cameras often produce images with washed-out sections under similar conditions.

Just nanometers in size (a nanometer is a billionth of a meter), a quantum-dot based material is deposited directly on top of a chip wafer (chips are processed in pizza-size wafers and then sliced into individual chips). QuantumFilm covers 100 percent of each pixel, capturing all light that hits it. The material is applied in liquid form to the top of a spinning disk, then it is annealed, or baked. It is a lot like adding a layer of photoresist to a chip wafer, and it uses the same equipment.

Rivals include Sony, Samsung, and other companies that have acquired previous competitors. All of those rivals rely on silicon, and all of them are trying to license the technology from InVisage, Lee said.

InVisage is unveiling its technology in Beijing, China, since there are a lot of aggressive potential customers there, Lee said.

Asked why he stayed with the technology for so long, he explained, “We are big believers in technology. We are all camera geeks. We all want better cameras, especially on phones. We were fortunate to get funding and investors who were patient.”