Apple is taking its latest mobile operating system, iOS 5, on the road to woo developers across the world. The company announced a lineup of nine cities its Tech Talk World Tour will visit between November and January.

The iOS roadshow is a long-standing Apple tradition that allows members of the developer community meet with Apple’s iOS experts, and to get their hands dirty playing with the latest operating system for the iPhone, iPad and iPod touch.

In the statement on its website announcing the tour, Apple specified that it was only open to developers who currently have an iOS app in the works or in the App Store:

We want to help iOS developers take their apps to the next level using the exciting new technologies in iOS 5. Our team of experts will visit nine cities around the world, covering advanced coding and design techniques that you can take advantage of in your apps. Since Tech Talks are highly technical, it’s important that you have experience programming with the iOS SDK and have an app actively in development or on the App Store.

With new features such as Siri, iMessage, Twitter integration, improved notifications and reminders, there is a lot for app creators to be excited about. 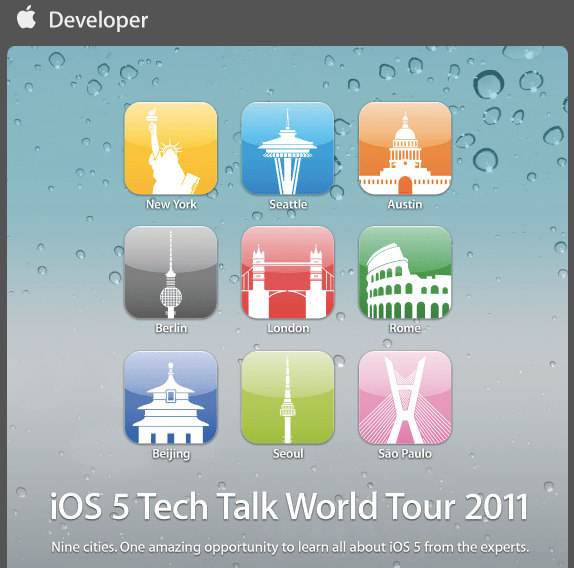