The latest findings come from Good Technology‘s Mobility Index Report, although because BlackBerry devices use BlackBerry Enterprise Server for corporate email access, Good Technology does not have insight into the Canadian company’s handset activations. Windows stayed flat at 4 percent, with 3 percent comprising the desktop operating system on tablets and 1 percent comprising Windows Phone.

In fact, Windows Phone activations have remained consistent over the past two years: flat at 1 percent. That’s a wrong Microsoft is working to right with Windows 10 Mobile and its own flagship devices, including two rumored to be announced next month. 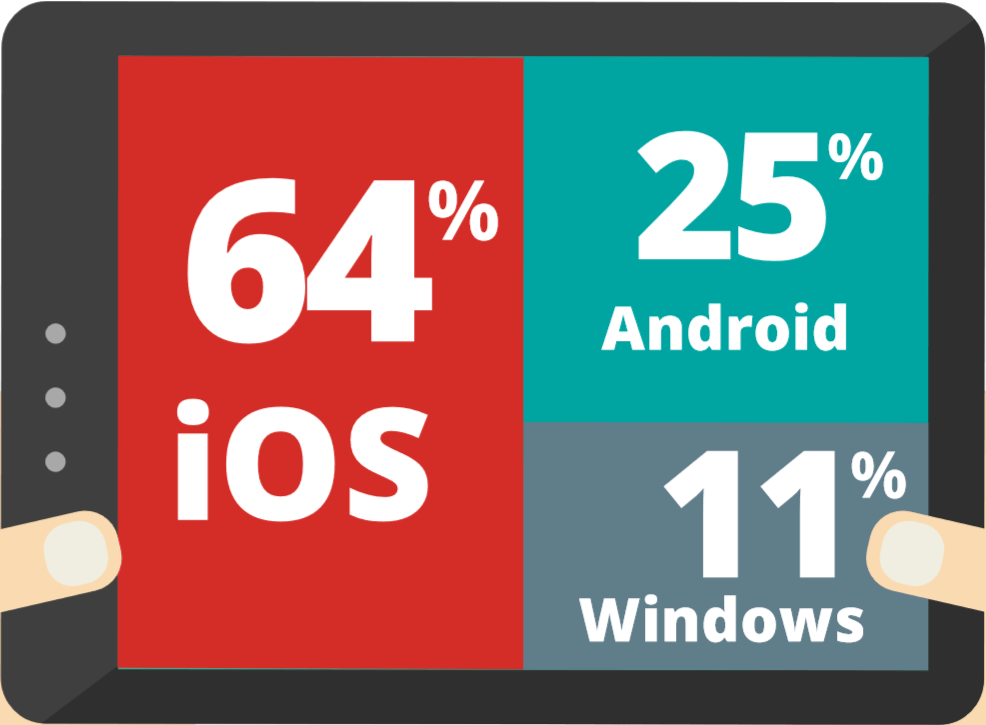 iOS’ losses, which translated into gains for Android and Windows, can be mainly attributed to a bigger change in the tablet market. Over the past year, iOS fell from 81 percent to 64 percent, Android jumped from 15 percent to 25 percent, and even Windows grew from 4 percent to 11 percent.

You can view the full 16-page report yourself right here: