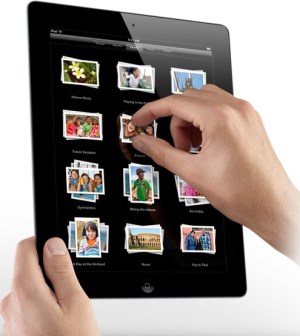 Apple may sell 600,000 iPad 2s this weekend, Bloomberg reports based on information from several analysts.

The original iPad sold 300,000 units in 24 hours, but analysts seem to agree that the iPad 2 will blow those numbers out of the water. Gleacher analyst Brian Marshall expects Apple to sell over 500,000 iPad 2s this weekend, while Tim Bajarin, a Creative Strategies analyst, expects Apple to hit that figure in the iPad 2’s first two days.

Analysts point to the iPad 2’s wider availability as a major reason for the increased sales. The tablet will be available today at AT&T, Verizon, Wal-Mart and Target stores. Altogether, more than 10,000 stores will offer the tablet, including 236 Apple stores. Last year, Apple had only 221 Apple stores and 1,100 other stores to push the original iPad at launch.

But it also looks like Apple may be paying the price for rushing out the tablet to consumers so early. Customers who now order the iPad 2 online will have to wait weeks for it to ship. Typically,  Apple lets consumers preorder its new devices weeks in advance and has enough stock to deliver them on their release day. But the iPad 2 was clearly a rushed affair — Apple only announced it last week, and online orders just opened early this morning (4 a.m. Eastern, 1 a.m. Pacific).

Early online orders saw a shipment date of two to three days, and that was quickly increased to a wait of up to a week, AppleInsider reports. Apple is also limiting online purchases to two iPads per person, just like it did last year.

So if you want an iPad 2 without waiting several weeks, you better get yourself to an Apple Store right now. Apple will begin selling the iPad 2 in stores at 5 p.m. this afternoon.