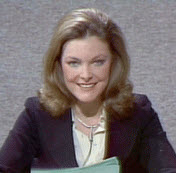 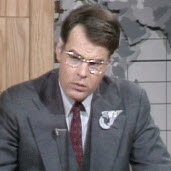 Our own Paul Boutin is a fine and bold writer. But he managed to stay too far away from the Steve Jobs Reality Distortion Field yesterday in his piece: “Five reasons not to buy the iPad.”

First, hopefully there’s no risk of a literal misinterpretation caused by my headline. The phrase is from a Saturday Night Live routine and, frankly, it’s what popped in my head when I read Paul’s list.

He is throwing potshots from the outside. At best, he has felt the glow of the iPad only via up-close videos, and has not held one in his hands as I have. I, on the other hand, was spellbound by the press conference run by Steve the Magnificent. I think that Jobs did a good job of explaining the case for the iPad himself.

So here’s what I think about Paul’s inexplicable list.

To start with, his reaction was far too predictable. Whenever Apple releases a new product, there’s a first “phase,” typified by  months of speculation based on ever growing expectations, which just ended with Wednesday’s announcement. And then there’s a second phase, which comes after Apple announces its new product. That’s when bloggers bash the product even they’ve never even held the product. It’s all they can do. It’s where Paul fits in. Finally, comes the third phase of positive reviews, long lines of consumers waiting to buy the product, and the disappearance of the bashers. (In his column yesterday, David Pogue at the New York Times, who is predisposed to love Apple stuff, also wrote about these phases).

Now I am a convicted lifelong Windows user. But I find myself in the role of Apple apologist. Here are the rebuttals that I have for those who are dismissing the iPad as iFail.

1. The iPad is missing too much stuff. You can complain about what is not in this iPad, like the webcam, SD card slots, universal serial bus ports, or physical keyboard. Apple chose not to do some of these things out of a need to control its platform, to maximize things such as battery life and user interface experience. It’s true that the fear of openness sometimes does seem to hold Apple back from true greatness. It’s a key point for Apple’s critics. But there’s another reason these items were omitted: the nice low price of $499 that won so much attention, and wow, even surprised the fan boys. Things like a 9.7-inch multitouch screen with IPS technology carry costs with them. If you load in the other “missing” features and hardware components, you’ll find it costs $999 and the battery life is two minutes. I would suggest waiting for the second-generation model, when some of these features arrive, and the cost comes down.

2. AT&T’s network is lame. That is true and I would love Verizon to break AT&T’s love fest with Apple. But in this case, AT&T has a decent data plan ranging from $14.99 to $29.99 a month. There’s no long-term contract and there is no phone service in this device. Hence, you don’t have worry so much that AT&T has lame voice service. That said, we’d all love to see more choices. I therefore agree with the AT&T gripes, but don’t think it’s a killer.

3. The 4:3 screen means you watch videos in letterbox mode, not full screen. Having seen at the screen, I think it looks great. You can watch videos in 720p high-definition resolution. Those videos are long and don’t fill up the entire screen. They’re elegant.  You can maneuver through the video interface for this device so quickly that it actually is a great way to watch video, as well as manipulate photos, The device does not have a high-definition multimedia port (HDMI) so that you can connect it to a TV. That’s too bad, but for the life of me, if this thing has a 9.7-inch screen that looks beautiful, I don’t want to connect it to my TV.

4. No multitasking and no Adobe Flash. These are indeed big problems. It’s difficult to to multiple applications. And it’s painful when you’re trying to access Flash-enabled web sites (and there are a lot of them). However, the latter hasn’t been a huge problem for me on the iPhone. I don’t really miss Flash that much. Apple has suggested it avoids multi-tasking and Flash out of a desire to maximize battery life and usability, but it hasn’t explained itself extensively on these topics. Here’s hoping that Apple can fix these problems with software upgrades.

5. There is no “killer app” for the iPad. This criticism refers to the fact that the iPad doesn’t really showcase any new or novel applications. That’s true. But it’s the form-factor that matters. This is a device you’ll want when you’re on the run, when you’re in the bedroom, or just sitting on the couch. It’s good for a bunch of things, and may be best in class for some:

6. Get your hands on it. The A4 chip runs at a gigahertz, compared to 600 megahertz for the iPhone 3GS processor. That means the screen is responsive to your touch. It responds to multiple functions. It has a tilt control as well. The screen moves fast when you swipe your finger across it. It means that the user interface can be better than using a mouse and keyboard or a tiny touchscreen.

7. It has a real business ecosystem. With the successful AppStore and iTunes Store, Apple has tremendous momentum to make the iPad a success. A lot of people already know how to use it. They know how to pay for things on it, and already have their credit cards entered into Apple’s system. There are 140,000 apps available. You can already buy a million songs on this device. You can probably buy a million eBooks too. Apple has the software and services to make the hardware useful. I see no opening for the tablet-wannabees to crack into this system, unless they gather a grand alliance. OK, I know I’m starting to sound like Steve Jobs here. But remember, this is the view from inside the Reality Distortion Field. With all of these advantages, I would be surprised if Apple blows it.