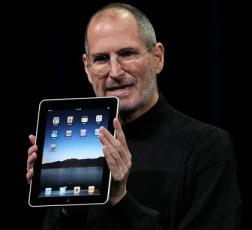 A press release from Apple on Monday morning says the company “sold its one millionth iPad on Friday, just 28 days after its introduction on April 3.”

In addition, Apple’s writeup claimed there are now more than 5,000 iPad-specific apps in the company’s App Store and that iPad users have downloaded more than 12 million copies of the store’s more than 100,000 apps, most of which also work on Apple’s iPhone.

The news puts new context on last week’s reports that Microsoft and HP have both canceled tablet computer projects they had in the works. Did they decide that there’s no market for a tablet, or did they more likely decide that their own tablets would not do well against the iPad?