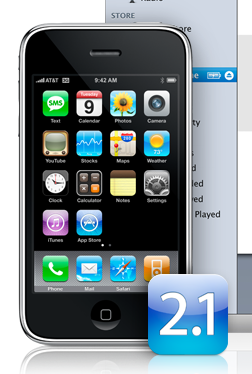 As promised, Apple rolled out the 2.1 software update for the iPhone this morning. Apple chief executive Steve Jobs unveiled the update at the company’s “Let’s Rock” event on Tuesday and said this is the one that will fix many of the issues users are having with their devices. Those issues included application bugs, dropped calls, poor battery life and back up speed.

More importantly, this time around Apple has listed the issues that this update targets rather than vaguely stating that the update contains “Bug fixes.” Here they are:

The 2.1 update is available for free for iPhone owners. It’s been available since Tuesday for iPod touch owners as well, as if free if you have any software version over 2.0. If you have 1.x, it’ll cost you $9.99 through iTunes.