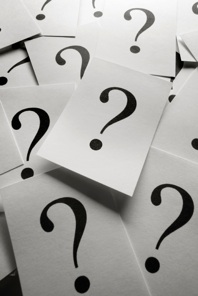 Everyone at the WWDC conference is extremely excited about the new iPhone 3G — and that’s an understatement. However, there are a few questions that Apple’s chief executive left unanswered:

Is the $199 price a result of an AT&T subsidy or is Apple eating the cost?

What about the data price plans from AT&T, will those get more expensive with the faster 3G data?

And finally, will the device offer any video capabilities?

One would have to assume the iPhone 3G will be significantly more expensive to produce than the original iPhone with the new 3G and GPS components. Is Apple simply willing to make less money per device in order to ensure its device dominates the market? That could very well be the case.

Interestingly enough, Apple’s stock is down over four percent in post-keynote trading.

You better believe we will be on the case for these unanswered questions before the device launches on July 11th.

update: Many sleuths in our FriendFeed room dug deeper and found that the $199 price requires a new 2-year contract with AT&T (the information is in a footnote on Apple’s website). One might assume this means it is AT&T that subsidizing it, but remember, the original iPhone that came in at $599 also required a 2-year contract with AT&T so that deal is still a bit vague.

Also remember that Apple is keeping 30% of the revenue from applications sold through the iTunes App store. That takes the sting out of cutting the iPhone price quite a bit.

Another commenter notes that the mobile live video streaming site Qik told him that an app for the 3G iPhone would be out soon — which of course indicates video, but last we heard the company was evaluating the new device and will make a determination how to proceed on it.

update 3: A number of readers have pointed to an Apple SEC filing that seems to indicate that it will no longer be taking money from the majority of contracts that are signed. Instead, the company will make money on the initial iPhone sales and of course, on those new application sales. Interesting.

Also of note, just as we reported last month, you will be able to get the new iPhone for $199 even if you have a current iPhone with an AT&T plan that isn’t yet over (which none are as the iPhone is a year old and the contracts were for two years).