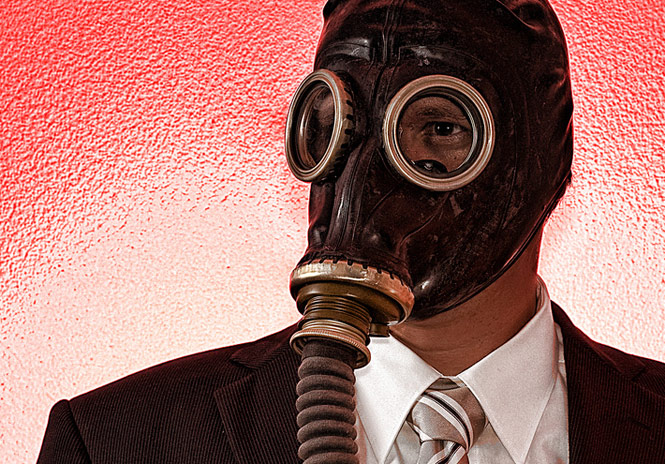 Want some lead, mercury, or chlorine with your new iPhone 5 or Galaxy S3? You’re in luck: Both phones contain those and many other toxic substances.

Apple’s iPhone 5 fared a little better than Samsung’s S3, but all phones have eco-issues, according to a study by the Ann Arbor, Mich.-based Ecology Center. In fact, mobile phones contain up to 40 elements, many of which are heavy metals and persistent organic pollutants. The results were released today at HealthyStuff.

“Even the best phones from our study are still loaded with chemical hazards,” Ecology Center research director Jeff Gearhart said in a statement.

The iPhone 5 ranked fifth best, appropriately enough, while the S3 was ninth. Apple’s most recent model, the 4S, ranked second, but top honors went to the Motorola Citrus — probably due to the fact that it is both small and cheap (hence containing fewer expensive elements).

Samsung, however, had the best average rating for all of its phones.

The most toxic phones are, thankfully, not huge sellers. The Palm Treo 750, released a digital eon ago in 2007, ranked worst of all, followed by a BlackBerry Storm released in 2008. So the trend seems to be toward greener, cleaner mobile devices.

The biggest offenders are chlorine, bromium, cadmium, mercury, and lead, which can cause birth defects, impaired learning and other serious health problems, according to Gearhart. And while using the phone may not expose consumers to the chemicals, the Ecology Center highlighted the fact that these toxicity levels at e-waste recycling plants — often in China — can be 10 times to 100 times higher than normal background levels.

Here’s a visual view of the best and worst phones. Where’s yours? 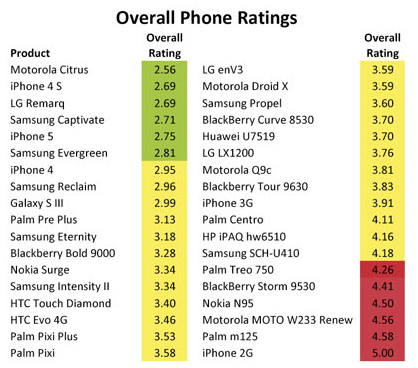