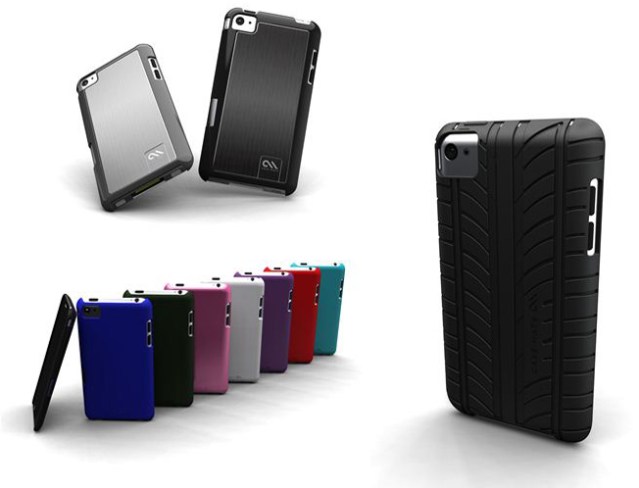 As much as Apple tries to keep its new gadgets secret, case makers inevitably end up spoiling things. Another batch of new case designs for the iPhone 5 has been revealed, this time from Case-Mate, that show off an intriguing new tapered design and thin profile, reports the mobile site Boy Genius Report.

The cases appeared on Case-Mate’s site this morning but were later removed. Case-Mate may have removed the images just to be safe, or it could have been ordered to do so by Apple, but whatever the reason, the take-down of the images fuels speculation that the iPhone 5 design they depicted is accurate.

Judging from the little we can see of Case-Mate’s iPhone mockups — which show the rear of the phone tapering down on all sides — it looks like Apple is moving away from a glass rear design and is opting for metal instead. The tapered design also resembles Apple’s iPad 2, so it wouldn’t exactly be a new look for the company.

The last iPhone 5 cases we saw pointed to the phone having a 4-inch screen and thin design as well.

Apple is expected to announce the iPhone 5 later this month for an early or mid-October release.