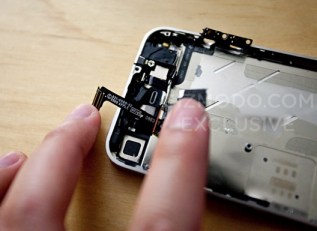 Court documents unsealed by a judge reveal the detailed tale of Apple’s mislaid next-generation iPhone prototype, which editors at gadget blog Gizmodo bought for $5,000 from a young man who claimed to have found it in a bar.

Suspect Brian Hogan, the affidavit says, knew very well that the phone belonged to Apple engineer Robert “Gray” Powell, and that he, Hogan, was deliberately trying to sell someone else’s property rather than return it. “Sucks for him,” Hogan allegedly said to his roommate.

The affidavit also claims the editors of Gizmodo, who bought the phone from Hogan for somewhere between $5,000 and $10,000, also knew they were on the wrong side of local laws that forbid the purchase of such items, which the law treats as stolen. Gizmodo allegedly withheld part of its payment until July, to see if the phone was indeed Apple’s new model.

There are delicious moments of humanity in the story. Hogan claimed he gained possession of the phone when a drunk bar patron helpfully but mistakenly handed it to him. Powell thinks the phone may have fallen out of his backpack onto the floor of the bar as he sat talking with his uncle.

Hogan’s female roommate — not his girlfriend — called Apple after Hogan connected the iPhone to her computer, because she feared Apple would track her computer over the Internet. Steve Jobs personally emailed Gizmodo editor Brian Lam and asked him to return the phone.

Lam, in his reply, mixed a perfectly reasonable request for legal documentation of the phone’s ownership with an unseemly gripe to Jobs about Gizmodo’s lack of access to advance or inside information on Apple’s products and plans. “Right now, we have nothing to lose,” he wrote.

I promise you can read the whole thing without snoozing. Detective Matthew Broad, the San Mateo County Sheriff’s office employee who filled out the paperwork, is a clear, concise storyteller.