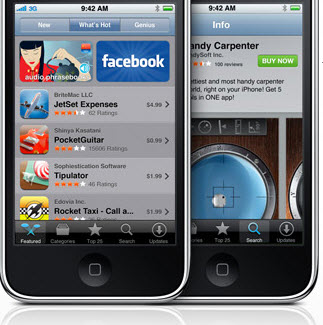 Apple announced today that the number of apps in the AppStore has now crossed 100,000. That’s a remarkable achievement for a platform that launched just 15 months ago.

As we’ve said before, the momentum behind Apple’s iPhone and iPod Touch seems unstoppable. The 100,000 number should strike fear among Apple’s competitors, who are so far behind. Whether it’s Nintendo with the DS game handheld, Sony with the PlayStation Portable and PSPgo, or the app stores of Nokia, Research in Motion, Google’s Android and a bunch of other cell phone companies, the odds of catching up seems slim. 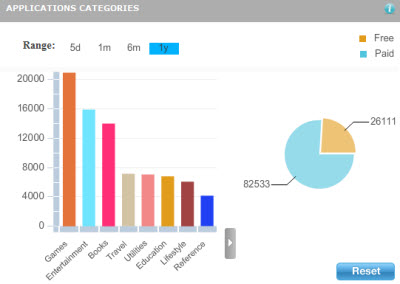 The top category is still games, which comes in at 20,886 apps, according to Mobclix. App developers are seeing huge numbers. Smule’s I Am T-Pain, a music app, is getting more than 10,000 downloads a day.

At the same time, the developers are tripping over themselves to get noticed. With so many choices, it can be bewildering for consumers to discover new apps. And while Apple has created a Genius recommendation engine to suggest similar apps to those someone already has, there isn’t an obvious way for apps get noticed in the crowd.