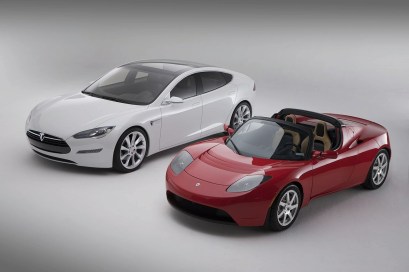 Perhaps buyers of Tesla Motors stock were optimistic because they had little context to assess the company. Tesla’s stock soared from its offering price of $17 to close at $23.89 by the end of yesterday, meaning Tesla Motors is now worth $2.2 billion.

Not bad for a company that’s sold just over 1,000 cars and lost almost $300 million in its seven-year life.

Now what? We asked a pair of industry analysts to react to the results of Tesla’s IPO and offer their opinions on what lies ahead for Tesla Motors over the next two or three years.

Two themes emerged:  First, in the word’s of PRTM’s Oliver Hazimeh, “The hard work starts now.” Tesla has more than a few hurdles ahead in getting its Model S electric sports sedan into production by 2012 (or perhaps later).

Both agreed that the brand’s only long-term future lay in being acquired by an existing global automaker that offered the manufacturing expertise, component sets, and economies of scale Tesla desperately needs to have any hope of future profitability.

“Not a car company”

He says he’s “not all that bullish on their prospects as a business case,” and adds bluntly, “Tesla’s not a car company; they have no expertise in automaking,” since Lotus did much of the fundamental design work on the 2010 Tesla Roadster electric supercar.

Lotus also builds that car for Tesla, which claims the Model S midsize electric sports sedan it hopes to launch by the end of 2012 will be a clean-sheet design, using a basic platform that can be adapted for a variety of models, including a cabriolet, a crossover/SUV, even a van.

Competition at their heels

Oliver Hazimeh, of PRTM, covers the supply chain for the components of electric-drive vehicles–lithium-ion cells, electric motors, power electronics–as well as assessing the many market demand projections made by others.

He notes that Tesla remains a tiny niche player in the competitive global luxury car market. Unlike the Roadster’s first-in-the-world position, he adds, the Model S will face all-electric entries from several global competitors by the time it arrives in 2012 or 2013.

One challenge, he suggests, is for Tesla to figure out “what it wants to be when it grows up” in, say, 10 years. It has “quite a bit of brand equity” already, but it needs to understand how to position itself: Is it a tiny-volume player? An early-adopter icon? Or can it really ramp up to sell hundreds of thousands or millions of electric cars a decade hence?

The second challenge is how the company will achieve the economies of scale to let it make money on volumes of 20,000 Model S cars a year. “At the end of the day,” says Hazimeh, “what saved their IPO was the Toyota deal.”

New partner Toyota clearly offers a wealth of manufacturing expertise, product engineering skills, and a global parts bin second to none, all of which Tesla desperately needs.

“How do you take that to Tokyo?”

The problem is that so far, no one outside the company understands the extent and terms of the Toyota-Tesla partnership.

The most cynical explanation is that Toyota invested $50 million in Tesla,  gets back $42 million for its Fremont, California, assembly plant, and rids itself of ugly political fallout from closing the last car plant in a state where it sells huge numbers of cars.

And how Tesla’s self-assured and volatile CEO Elon Musk will interact with Toyota’s grey-suited executives remains to be seen. Musk’s behavior is well-known but, as Hazimeh asks, “How do you take that to Tokyo?”

The Tesla saga will undoubtedly produce many twists and turns in future. But it’s hard to find a single auto analyst who believes Tesla has any hope of growing as an independent automaker; the capital needs, economies of scale, and low margins of the global industry pose hurdles the company is too small and too under-capitalized to overcome.

Meanwhile, in late-day trading, the stock stayed at roughly the previous day’s price after having risen above $30 a share.