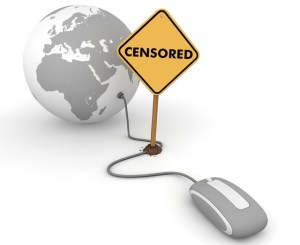 Most modern governments celebrate the anniversary of a national revolution day by making it an official holiday where people routinely get off work, eat food that probably isn’t healthy, and spend quality time with family and friends.

If you live in Iran, however, the government celebrates by blocking access to all websites using the “HTTPS” protocol, which includes sites from Google, Yahoo, Facebook, and basically any banking web service. Essentially, this means the internet is useless. Multiple sources reporting about the new internet restrictions, including Kabir News , believe that its related to the 33rd anniversary of the 1979 overthrow of Iran’s monarch leadership.

The restrictions are speculated to remain in place for the next few weeks at most. It also comes at a time where Iranian government authorities are enacting tougher web restrictions that drastically slow down connection speeds, require all local ISPs to keep records of all subscriber data, and force internet cafe owners to add video surveillance to record the faces of all patrons.

This isn’t this first time Iran has decided to clamp down on public decent by censoring the internet. The government routinely cut off internet access in response to the large amount of protest surrounding the country’s 2009 “elections”, which were believed by many to be little more than a puppet show. The government also recently sentenced U.S.-born Iranian citizen Amir Mizra Hekmati to death for developing games with a pro-westernization stance.

As for the current situation, plenty of code-savvy folks on Hacker News are already suggesting possible workarounds. (Obviously, the Iranian leadership hasn’t seen Serenity or they’d know you can’t stop the signal, Mal.)