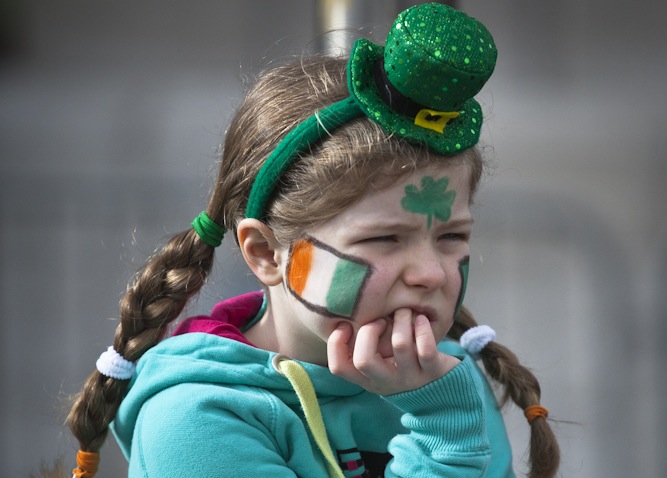 This is a stumper.

The head of the Irish agency designed to promote foreign investment in the country strongly denied that Ireland is a tax haven. But when questioned by Ireland’s RTE News, he could not deny that Apple has paid an effective tax rate of just two percent, much as Senator Carl Levin (D-MI) said yesterday in hearings on Capitol Hill.

“There is global competition, and tax happens to be one of the areas [where] Ireland competes for global investment,” IDA Ireland Chief Executive Barry O’Leary told RTE this morning.

That also sounds suspiciously like a tax haven. That’s what Senator Levin believes, as well.

“You are able to shift profits to places where you, an American company, don’t pay taxes,” Levin said yesterday to Apple CEO Tim Cook. “That is not right … that a company could shift its value to a tax haven, which is what Ireland is.”

IDA Ireland was created in 1949 to stimulate enterprise within the country. Since 1994, however, IDA focuses on promoting foreign investment. One of the items of “latest news” on its website trumpets the fact that Ireland was recently selected as the top country to invest in, beating Germany, France, Finland, and the Netherlands, in Western Europe. One of the key factors in the ranking? Tax rates.

However, Ireland’s Taoiseach (prime minister) denied that there was a special deal with Apple or that Ireland’s tax law — even for multibillion-dollar multinationals — is subject to special deals. He also said companies come to Ireland not just for the tax relief, but also for its technology and talent pool.

Which, of course, accords with Apple CEO Tim Cook’s testimony yesterday that Apple has over 4,000 employees in Ireland who are key to helping the company understand, sell to, and serve the entire Western European market.

This issue is clearly a big deal in Ireland, because what the U.S. decides to do for companies holding significant amounts of capital outside the country could have an effect on 150,000 jobs in Ireland that are directly attributable to major corporations investing in and building facilities in the country.

Minister for Jobs, Enterprise & Innovation Richard Bruton also told RTE that there was “no side deal” with Apple. And, he said unapologetically, low taxes would continue to be part of Ireland’s “offering” to international companies.

Lest, of course, the gods of international finance pull their billions from the land of the leprechaun?