This is not only coming from us. Facebook has these types of products. We see other automation tools for user acquisition, to buy on multiple platforms. We see a lot of automation being done on creative, because creative is so big and so important. We see a lot of engines to help you with creative, with app store optimization, being rolled out.

One reason that’s happening is because more and more game developers and publishers have more and more apps or games or titles to monetize and promote. They need some sort of automation tool to manage all of that. You can’t have a team of thousands of people all managing campaigns and optimization and creative and so on. That’s a big trend that we’re seeing all the time.

A big prediction regarding is that we feel ads are becoming much more sophisticated as time goes on. It’s just going to become more and more extreme. The new creatives, the new types of ad units, the new experiences for users, we’re going to see more and more. We already see 360 ads, augmented reality, virtual reality, playable ads, all kind of rich media formats. We see that all the time. We feel there will be much more innovation in technology there. It will follow what I said about automation and upgraded technology, with phones being able to process more advanced media.

What’s happened in the last couple of years is already insane when it comes to ad formats. We’ve seen playable ads. Facebook just launched their beta for playables. It’s happening more and more on the big platforms. They’re adopting more and more sophisticated ad formats. All that will just become more extreme.

The last thing we feel we’re going to see more and more is that IAP-heavy game companies, hardcore game companies, companies that generate 100 percent of their revenue from IAP, will open up their doors for advertising in their games. We already see this in some of the giants. You wouldn’t have expected that some of these guys would ever have ads, but they do.

There’s a couple of reasons for this. One, users are already used to seeing rewarded video in a lot of the games they play. It’s not a weird thing for a user anymore to get some sort of reward or currency or extra move for watching a video, watching an ad. Users see this in so many games. It’s become a very strong format for monetizing users. We feel that more and more IAP-heavy companies are opening up to that format, and for ads in general. 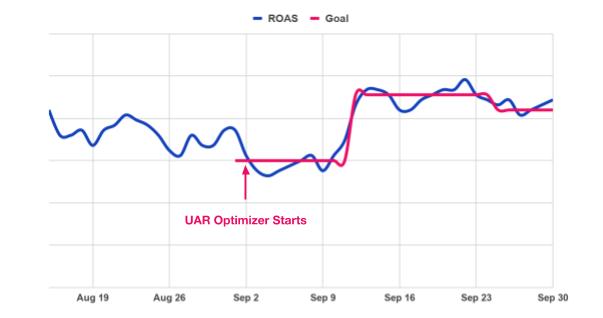 Above: ROAS vs goal comparison

We also feel that the technology has evolved dramatically in terms of how to segment and who to show ads and how to cap and how to pay for ads. You don’t have to treat all your users in the same way, which was the case a few years ago. Now game developers can implement much more sophisticated and granular ways of monetizing users with ads. It doesn’t necessarily harm gameplay or treat paying users very differently from non-paying users. You can segment users from different countries and different age groups to give them the best experience for those specific cohorts without harming the core loop of the game or IAP.

A lot of the giants are doing experiments, and those experiments will lead to adopting ad monetization in more titles, more studios, and more games. Once two or three or four of the giants implement this, the rest will follow quite rapidly. It’s already happening. We’re just in the beginning, but in 2019 and 2020, it’s going to happen much more.

GamesBeat: When Blizzard had their BlizzCon event and showed off the Diablo Immortal mobile game, the fans kind of went crazy because it wasn’t a PC game. That crowd, to me, seems like they’re not about to accept any kind of monetization in a game other than paying for it. I wonder whether there’s still a deep divide between hardcore gamers and mobile gamers.

Shoham: There is. You’re right that there is. The hyper-casual, casual, mid-core gamers are used to seeing ads, reacting to ads, watching rewarded video, getting all kinds of different rewards. That’s part of every game they’re playing, and usually they play more than one game. They interact with it, and they like it. They actually look for it. There’s certainly a big difference.

The hardcore gaming companies, the hardcore games, are not using ads at all yet. Those types of users, if they’re hardcore users, are not used to seeing that. But the mentality and the math stay the same in terms of — even in a game that’s super hardcore, from Blizzard or any other developer, you still have, at most, maybe 7 percent paying users. You still have 90 to 95 percent of users that will never pay. Maybe they’ll watch a short video to win more coins or gems or a new item. Maybe that’s something they’re willing to do. 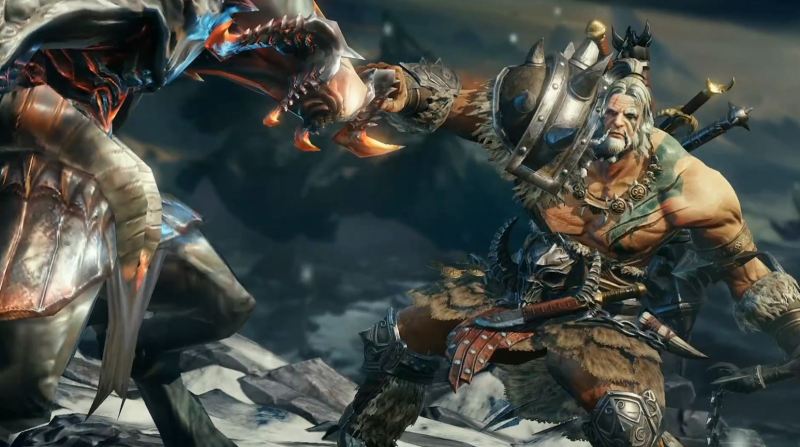 A lot of these companies were heavily against implementing rewarded video until they tried it, and then they said, “Wow, this isn’t doing that bad. The users like it. They’re asking for it now.” Something that’s important to remember, when we’re talking about rewarded video, is that it’s user-initiated. You’re not actually deciding for the user that they’ll watch a video. The user sees a button that says, “Watch the video and earn whatever.” They decide to click on the button. Because of that flow, because it’s user-initiated, if users don’t like it they just won’t see it anymore. If they like it they’ll click on it.

Shoham: Definitely. I’ll divide my answer into a few parts. First of all, there’s a lot of room for third-party companies to help with optimization on those giant platforms for UAC. You see a lot of companies out there where this is their bread and butter, helping small user acquisition teams — or big ones, for that matter — to better manage their inventory and campaigns running on Facebook and so on. There’s a lot of room there, a lot of help to provide around creative, how to target, what audience groups to create. Even though those platforms are optimizing and improving, there’s still a lot of room for third parties to optimize the buy on those platform.

That’s what we’re doing at IronSource, as an example. We released all these amazing optimization tools this year. Those tools help developers optimize their buy on IronSource, but not only on IronSource. As a mediation platform, we also provide data and tools for our clients to optimize the way they buy on other platforms.

If somebody’s using our mediation platform, as a quick example, and enjoying the user-level ad revenue we provide — this revenue is something that helps developers better understand lifetime value and return on ad spend for the campaigns they’re running, and not only with IronSource, but also with other companies. They now know, because of the mediation platform, the true value of each user coming from ads, which they didn’t know before. Now, they can utilize that data on Facebook, Google, IronSource, and other platforms in ways that are much more granular, much more accurate. This is quite big and quite disruptive as far as what it’s done in the market, and again, it’s in the family of third-party optimization tools for measurement, or whatever you want to call it.