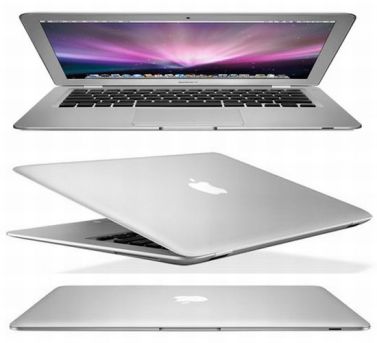 You may want to hold off on picking up a Macbook Air anytime soon. Low supplies of the  computer may be a sign that Apple is aiming to refresh the current 13.3-inch product line soon and potentially introduce a smaller 11.6-inch model in the process, AppleInsider reports.

For example, only one of the retailers AppleInsider tracks currently lists the cheaper 1.83GHz MacBook Air model in stock — others like Amazon, MacMall, and J&R are completely out of stock. The site also notes that most of the retailers offering the higher end 2.13GHz MacBook Pro are either completely out of stock, or incredible low on supply. This is the first time AppleInsider has noticed this phenomenon since it began tracking the MacBook Air’s supply two years ago.

Retailers like Best Buy and Amazon have also been told that Apple won’t replenish their stock until October 12 to 16, sources familiar with their buying operations tell AppleInsider. Such a delay in supply generally only occurs when Apple is preparing to revamp a product line, the sources say.

The current MacBook Air product line hasn’t been updated since June 2009, so it’s certainly due for a refresh. Apple is also no stranger to updating product lines in October — last year it announced a new iMac design and all-metal Macbook on October 20.

The supply shortage lends credence to rumors from Asia in September that Apple was looking to introduce a smaller 11-inch Macbook Air. Rumors of a smaller Air go back as far as July of this year, when sources said that Apple was aiming to make the computer smaller, thinner, and powered by a low-voltage “Core i” series Intel processor.

Honestly, there’s no reason why Apple wouldn’t want to release a smaller MacBook Air. Apple doesn’t provide sales data for the computer, but word on its sales has been negative for some time. It’s certainly nowhere near as successful as Apple’s more iconic MacBook and MacBook Pro lines.

A smaller and cheaper Air could be very tempting to many consumers, and it would be a way for Apple to take advantage of the newer low-voltage processors that many laptop makers are using today. Low-voltage CPUs generally allow for netbook-like battery life — with the added benefit of much more horsepower. Apple could also stand to offer an Air cheaper than the current low-end model at $1,499.