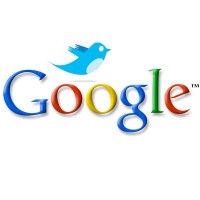 Google is definitely collecting data on the web every second these days so the question is when, not if, Google will come out with its own microblogging search engine to compete with Twitter. Google is now preparing to launch a way to index and rank content from services like Twitter, according to the blog Google Operating System.

Indexing Twitter information is harder than it may seem. Until now, services have needed permission from Twitter to access its entire content, and there’s very little chance Twitter would ever give Google that access. So until now the assumption is that Google would literally have to “follow” every single user on Twitter, and then do continuous searches in order to index all their tweets — a ridiculously cumbersome process.

Twitter itself has recently started its own search, thanks to its acquisition of Summize.

So what’s the value of being able to search through Twitter? Well, you can find out what the most popular trends are at any given moment. There are so many people using Twitter now that it is instructive to see the words that are most often being tossed about in tweets, the 140-word posts that users make on Twitter, in real time.

Google, meanwhile, also has a limited way of tracking what people are interested in any given time, because it can track what people are searching for: See Google Trends for this. But if you search Twitter in real time, you arguably get more accurate and rich information about what people are talking about to the very second. This may seem extreme, but the day is coming when split-second information on search trends is useful — whether its for tracking the spread of sicknesses or trading on the stock market.

Twitter’s own search engine doesn’t search through anything except Twitter, and it only sorts results by date, not relevancy. Google could come into this picture and bring to bear its much more robust search and indexing technology. Let’s hope that the rumored Google microblogging search engine is really in the works.