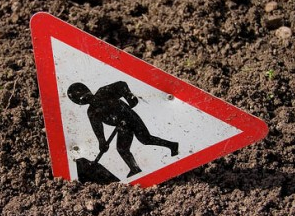 Social news aggregator site Digg.com is trying to work its way out of the traffic hole it created with its botched redesign attempt. Today it announced the return of several popular features from its previous version.

In the last few weeks Digg has brought back a slew of old features whose absence had rankled site users. The Upcoming section returned along with the pagination feature. Pagination had been removed in favor of a feature similar to one on Twitter that allows users to expand the number of items on one page instead of clicking to another page. Digg also brought back user submission logs and unveiled new publisher buttons. Many publishers did not use the new buttons immediately, however, because of ongoing problems with the site’s Application Programming Interface (API

In the first post on the site’s blog since Kevin Rose wrote one about a month ago, community manager Jen Burton said the site “obviously has been experiencing some growing pains.” In addition to announcing the return of some version 3 features, she encouraged the site’s community to continue to report problems they find. There is concern, however, among community members that Digg is struggling too much and may not be able to reignite the interest of those who have left.

Burton’s post comes just a day after site co-founder (and former CEO) Kevin Rose said the site did, in fact, lose visitors when it attempted to move from its third design to its current fourth incarnation. Multiple publications also reported that he was feeling “burned out,” perhaps to the point where he may not be at the company in six months. Rose later commented that he was not planning on leaving but was, in fact, “in it for the long haul,” or until he could “get the community back on (Digg’s) side.” The site’s traffic has nosedived in the time since the new design emerged, and many publishers have reported lower or inconsistent referral traffic compared to before.

One of the biggest user complaints in recent weeks has been an increase in “spam” material on Digg’s front page from sites that held no interest to the community. Several sites, including “travel-online-free.blogspot.com” as well as “herbalremedies-free.blogspot.com” reached the front page partly because whoever ran the sites corralled enough votes without moderators noticing. The submissions were eventually removed from the site.

Burton said in the post, “Thank you all for reporting spam to us, and making sure we’re aware of what you’re experiencing on Digg. Some of the feedback has been tough to swallow, some has been great and all of it is vitally important to us as we continue to develop Digg.com. Please keep sending it our way.”

One publisher says the steps are a good sign, but that they don’t amount to much yet. “It’s really too early to count Digg out once and for all,” said Victor Barrera, Social Media Strategist at Village Voice Media. “Sure, the rollout of V4 wasn’t the smoothest and many people are talking about Digg’s traffic collapse and the possible departure of Kevin Rose. But we’ve got to keep everything in perspective here. Digg v4 is a little over a month old. It’s simply too early to say that Digg won’t ever bounce back. Digg is very interested in user feedback, which is impressive. They’ve added back features based on user demand, and they plan on making Digg better for the end user as time goes on.”

Whether or not the adjustments and upcoming changes will be enough to bring back some of the vibrant Digg community of old remains to be seen. More new features are likely to be rolled out, including “interests” pages, but not much is known about that or whether users will want it. Rose mentioned the return of user “leader-boards,” which had always been popular in the past. The pagination could mean an uptick in page views, which could do good things for the company’s bottom line and morale. Also, once the site’s API stabilizes, it could mean a slew of new products developed around Digg, as well as more traffic. “Publishers can reliably use Digg buttons and Digg widgets once Digg gets its API up to speed,” said Barrera. “More developers will also be able to create web experiences around Digg data, which means Digg will be able to reach a lot more people than through just their site.”