The topic of “ad-blocking” has escalated to a Donald Trump level of exposure in the media trades — especially after Google Chrome disabled the Flash Player plugin and Apple released iOS 9 with ad-blocking capabilities.

Of course, publishers and advertisers are now convinced that the “war on advertisements” is the beginning of the end, not just for advertising, but maybe even the entire Internet of Things. Scary thought, right?

Well, before you hunker down in your survivalist bunker and wait for Armageddon (or even if you are already reading this from your wifi-enabled shelter), there may be a mutually beneficial way to work with this ad-blocking dilemma — and it’s called native advertising.

The current state of ad-blocking for publishers and advertisers

In the past 12 months, global usage of ad-blocking technology has increased 41 percent, costing publishers an estimated $22 billion this year alone.

More than 198 million people are using some kind of ad-blocking software. Not surprising, 41 percent are Millennials 18-29 years old.

As consumers gain more power through technology, disruptive advertising becomes less popular and less effective — especially with Millennials. Even before users had the ability to block digital ads, they stopped paying attention to them all together. Basically, if an advertisement doesn’t contribute value or add to their Internet experience, consumers want nothing to do with it.

Case in point: even when display ads aren’t blocked, the average click-through-rate (CTR) for display ads across all formats and placements is .06 percent. Better yet, 50 percent of clicks on mobile ads are reportedly accidental. So…there’s that for ya. 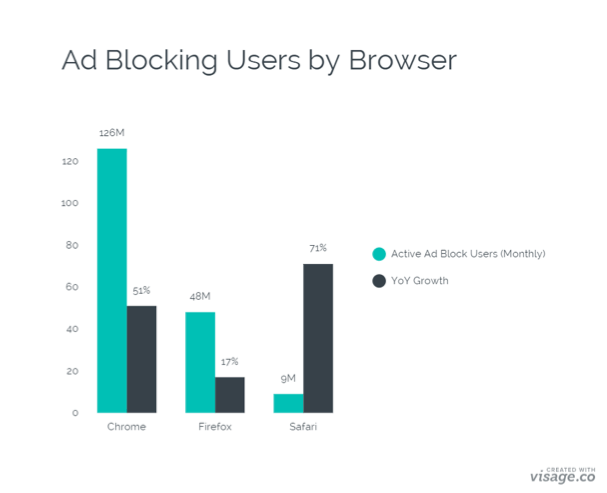 At this point, even trying to make the case for display ads as a “brand awareness” tool is a tall order. According to one recent study, only 2.8 percent of users reported seeing ads that were relevant to their interests. So, the audience targeting is even lacking effectiveness.

Just based on that data alone, it doesn’t really seem like that type of ad-supported business model was going to hold up much longer any way.

What is the native advertising opportunity?

By all accounts, modern publishers like Buzzfeed and Vox are not in the same sinking boat as established media players that rely heavily on revenue generated from display inventory.

Why is that? Well, because they have been capitalizing on the native advertising opportunity from the very beginning. Instead of relying on revenue from display ad inventory, savvy publishers are investing in native advertising strategies — 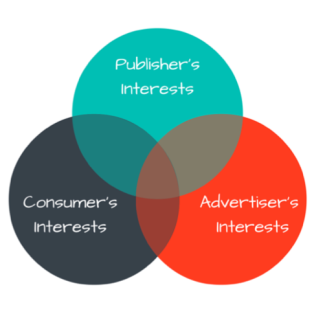 which, as it turns out, is a win-win-win situation for everyone involved.

When done well, native ads engage target audiences with relevant, useful content. And since the entire goal of digital advertising is to attract, engage, and convert audiences, this strategy pays off for advertisers and publishers in the long run.

Of course, Buzzfeed is one publisher that has gotten tremendous results from native advertising. To capitalize on its 200 million visitors each month and 18.5 billion social media impressions, national advertisers pay upwards of $100,000 per ad campaign.

And brands are jumping at the chance to invest in native ads with Buzzfeed because the the ROI is there. For instance, Purina experienced significant lift in visibility and won back favor with a lot of consumers when its sponsored video “Dear Kitten” generated more than 23.6 million views. Additionally, as one of Buzzfeed’s top viewed videos — both in terms of paid promotion and organic reach — that native ad will continue to serve as a very profitable piece of evergreen content that the brand can leverage for marketing campaigns in the long term.

Even though this is just an example of one publisher’s success with a brand campaign, that investment in native advertising has paid off in droves, which begs the question: Why not give it a try in your own business model?

How publishers can begin to combat ad-blockers

There’s no denying that ad-blocking software does present a lot of frightening scenarios for publishers and advertisers.

Luckily, there are also still many creative and innovative ways to work around ad-blockers and continue to drive actionable results for advertisers.

A good place to start would be to ask why ad-blockers are popping up like gangbusters and look for ways to win back favor with users before losing money from advertisers.