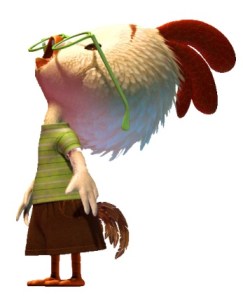 Yet, here’s the strange thing, many of us in the technology sector of the venture capital world have never been more bullish about what lies ahead.

It’s like a tale of two cities.  Wall Street and the City of London are hand-wringing and doom-saying while Silicon Valley, Cambridge and Silicon Alley have never been rosier.  I attended my 15th Harvard Business School reunion last weekend and the contrast was striking.

On the one hand, capital markets professor Andre Perold was pointing to the jump in volatility as sign of the fear in the markets and bemoaning the fact that $60 trillion of global wealth had been wiped out since the peak.  On the other hand, my classmate Sheryl Sandberg (COO Facebook) was claiming that the Valley has never been crazier and, “Everyone I know is getting funded.”

I was asked to give a presentation recently at the Association for Corporate Growth (ACG), a group of 600 or so bankers and deal makers across a wide range of industries.  I think they asked me to speak because of my book, but I decided to focus instead on this question of whether the world is coming to an end, or whether there is reason for optimism in the long-run.

After wallowing in the data for the last few weeks, I’ve come down firmly on the side of optimism.  There are just too many positive secular trends that suggest the developments in wireless technology, human genome mapping, synthetic biology, energy technology and globalization won’t continue to have an enormously positive impact on our planet in the decade ahead.

In fact, I would argue that the next decade will see an acceleration of innovation as compared to the previous decade, which itself has been dizzying. I think we are entering a Golden Age of technology and innovation, despite the short-term economic clouds.

I end the presentation with a local view – that Massachusetts and the Innovation Economy is very well-positioned to take advantage of the opportunities ahead.  I would argue the same case could easily be made for New York City and Silicon Valley and perhaps other innovation centers as well.

Below, you’ll find the presentation with the data to support this thesis.  Special thanks to my colleague Robin Lockwood for helping me put this together.  I’d love to hear your thoughts. (Also, I’d suggest viewing this video first, which I used to tee it up):