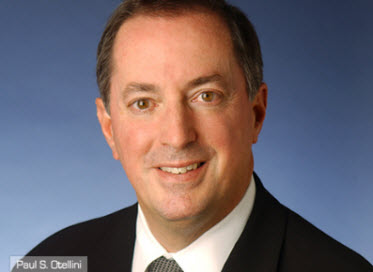 Intel reported better than expected financial results for the second quarter in what is likely to be one of the most closely watched earnings reports of the season.

Intel is the world’s largest chip maker and its results are a bellwether for the whole computer industry. The Santa Clara, Calif.-based company reported revenues of $8 billion, down from $9.4 billion a year ago. The revenues beat expectations of $7.27 billion.

Paul Otellini, chief executive of Intel, said in a statement that the second-quarter results reflected a recovery in the PC market and that it was the biggest gain from the first quarter to the second quarter since 1988. He said the results set the industry up for a seasonally stronger second half.

One healthy sign: inventories fell $240 million in the quarter. That means Intel’s customers are ordering again, rather than going through existing stockpiles of chips. In summation, Intel is essentially saying that the computer market is back in a state of growth. Intel’s stock in after hours trading has risen to $18.08 a share, up from the close of $16.83 a share.

For the third quarter, Intel forecast further growth of $8.5 billion in revenues and better gross profit margins of 53 percent compared to 50.8 percent in the second quarter. Last quarter, Otellini threw the stock market a ray of hope when he said that the “worst is behind us” in terms of the economic crisis and its impact on the computer industry.

Intel’s big picture still has clouds. The European Union hit it with a $1.45 billion fine in May as a result of its long-term antitrust investigation into whether it shut AMD out of customers through exclusive deals. AMD also has its own private antitrust litigation against Intel.

And others are not quite as optimistic as Intel in some respects. The Semiconductor Industry Association predicts a 21 percent drop in worldwide chip sales to $195.6 billion this year. A rebound could start in 2010, the trade group says. And for the first time since the dotcom bust of 2001, the global PC market is expected to see a contraction in unit shipments in 2009, due to a combination of falling IT spending and plunging sales of desktop computers, iSuppli Corp. predicts.

Global PC shipments are expected to decline to 287.3 million units in 2009, down 4 percent from 299.2 million in 2008. iSuppli previously forecast 0.7 percent growth in PC shipments for the year.

Meanwhile, netbooks are becoming increasingly popular in comparison to laptops. That’s dangerous for Intel because it makes higher margins on laptop chips than it does on netbook chips. Moreover, Intel will face more competition in netbooks, where its monopoly on the Windows market doesn’t matter as much. Competition ARM-based chips from Nvidia, Marvell and others — even Apple at some point — will keep profits in the netbook chip sector razor thin. Sales of Intel’s Atom chips, which are used in netbooks, are growing. Revenues in the quarter were $362 million, up 65 percent from the prior quarter. Average selling prices of all chips were down in the quarter.

For the year, Intel plans to allocate $4.7 billion to capital spending for factories and other big outlays, down from $5.2 billion in 2008. But it is planning to spend more on research and development. R&D spending will be $10.6 billion to $10.8 billion, up from its previous forecast of $10.4 billion to $10.6 billion.