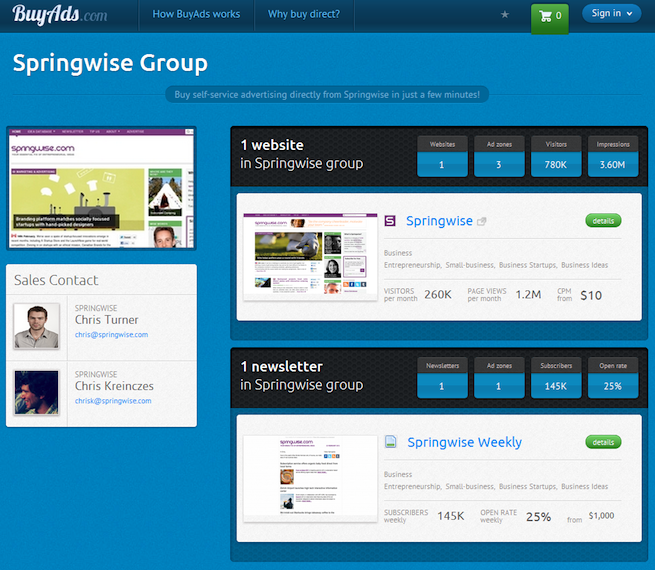 Isocket simplifies the advertising process for publishers with its self-serve ad platform, which increases the number of direct ads that run on a website. For example, if Microsoft wants to buy an ad across a tech news website, they’d start with isocket’s self-serve platform, which would give them all the ad specs and rates.

Direct ads, of course, are more lucrative for publishers than ones that run through an ad network, and ultimately make them more money. Isocket’s platform also helps those publishers manage a larger number of ad clients, which enables them to spend less time keeping track of deals and more time making deals.

Now isocket’s self-serve ad functionality is available for email newsletters, as powered by email marketing client MailChimp. And while email may not seem like a powerful force in the age of social media, there are still roughly 188 billion messages sent each day from nearly 3 billion accounts.

“For us, offering publishers a way to sell direct ad through their email newsletters was a no brainer,” isocket founder and CEO John Ramey told VentureBeat.

Ramey said the email functionality will be available through all email marketing platforms, but those that use MailChimp will have a more simplified experience. That’s something that attracted lots of publishers to start using isocket in the first place.

The startup has a rather impressive list of clients already using its platform, including VentureBeat, AOL (as well as TechCrunch), Gawker, Mashable, Springwise, Break media, and the Cheezburger Network of sites. Ramey told me his company denies about 90 percent of publishers that apply to use the platform, with about 700 to 800 requests to join per month. 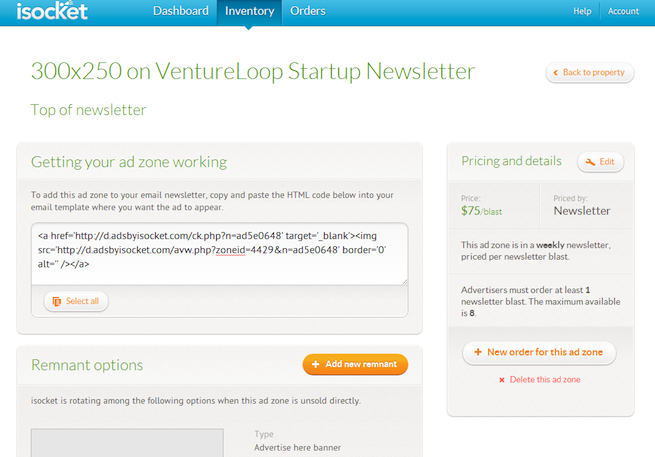