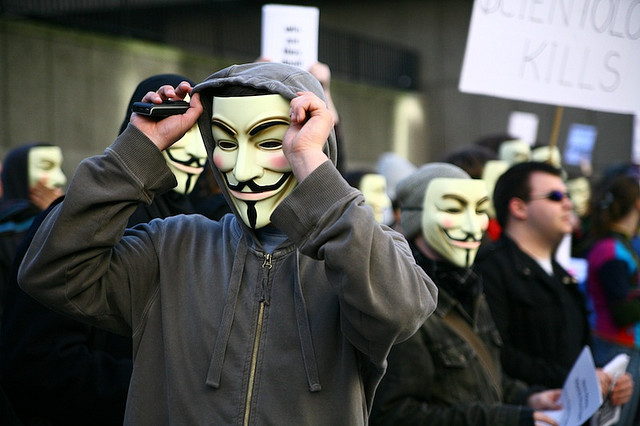 The Prussian general von Clausewitz said that war is the continuation of politics by other means. The same appears to be true of cyberwar — and that’s actually what happened in the recent Israel-Hamas conflict.

Because just as the ceasefire was being signed and the rockets and planes stopped flying, all digital hell broke loose online as electronic hacking attacks exploded 2500 percent.

“When the war stopped in the physical world is when it really started in the electronic world,” CloudFlare chief executive Matthew Prince told me today. “It was really stunning —  we saw a huge spike in attacks starting Nov. 21.” 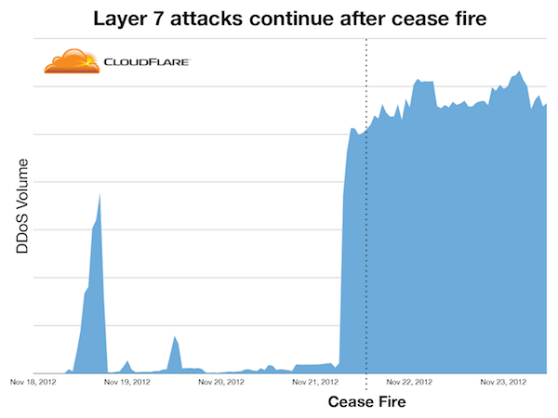 CloudFlare, a content delivery network and a lot more, runs an incredible three to five percent of the internet. It’s growing 20 percent monthly, and adding 3000 customers a day. When you manage traffic that big, you see a lot of what’s going on. Which is exactly how CloudFlare was able to spot that, almost at the same time fighting between Hamas and Israel was settling down in the streets, it spiked a massive 25 times online.

Six days before the ceasefire was negotiated, Anonymous — a CloudFlare customer — announced its attacks on Israeli websites. But beyond a little spike in malignant traffic on November 18 and 19, little happened … apparently.

What did happen, behind the scenes, is that many prominent Israeli and Palestinian sites loaded up on protection — from CloudFlare. The Israeli Army, which had recently gamified its blog, became a client. In nearby Egypt, the Muslim Brotherhood (the ruling party of the country) became a client.

So as disruptive and destructive traffic to both Palestinian and Israeli sites escalated and crescendoed CloudFlare saw the attacks from botnets, DNS reflection hacks, and voluntary botnets organized by Anonymous. The more, the better, in a sense.

“Any time one of the sites on CloudFlare gets attacked, we learn and get better and all our sites get more protected,” Prince said. “So actually, Israeli sites were protecting Palestinian sites, and vice versa.”

In other words, CloudFlare is the digital United Nations. Which seems to be appropriate.