TEL AVIV — I traveled to Israel for the first time last week to get a good look at the country’s $1 billion game industry. Israel is the home of more than 200 game companies, not including a number of marketing technology companies that are critical for supporting monetization at free-to-play mobile game companies.

The Israeli gaming business is a subset of a much larger tech community that consists of 5,000 startups, according to Start-up Nation Central, a nonprofit that encourages companies to do business in Israel. The tiny nation is No. 1 in startups outside of Silicon Valley, and it ranks No. 1 among countries in per capital VC investment. It’s no surprise, then, that Israel has become a hub for game-related businesses such as ad-tech, social casino games, online gambling, kids games, and even mid-core games.

GamesBeat: I’d like to have our panelists introduce themselves.

Gigi Levy-Weiss: I’m an investor and have been for quite a few years now. Games are one of my favorite areas. I’ve invested in more than 12 game studios. Some of them you may know of, like Playtika and Plarium, but I also backed companies like [Space Ape Games, Latet, and MyThings]. 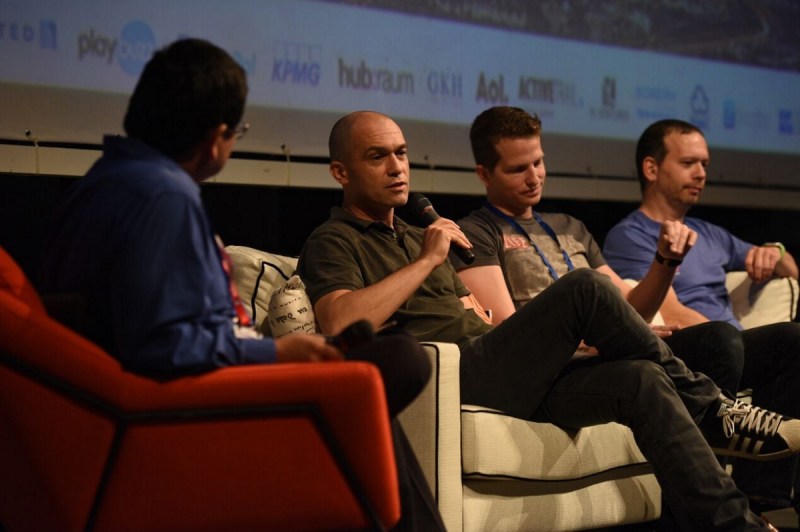 Above: Gigi Levy-Weiss (speaking) is a leading angel investor in Israel at NFX Guild.

Leonard Frankel: I run business development at Plarium. We’re the largest hardcore game developer on Facebook. We make games that are less simple, more complex. It’s an Israeli company with our headquarters here. We have more than 1,000 employees now. My job is overseeing M&A activities, investing, acquiring smaller studios, doing licensing deals for TV shows and films, and everything in Asia that we hope to achieve in the near future.

Sagi Schliesser: I’m CEO and one of the co-founders of Tab Tale. We make kids’ games, originally, with 800 million downloads and a nicely growing population of kids playing month after month and growing up with our games. Two years ago we launched Crazy Lab, our brand for mid-core games and simulations.

GamesBeat: I’ve covered the game industry for 19 years now, and I never had to travel very much to do that job. Now I’ve been to at least a half-dozen countries this year, and I feel like I’m barely keeping up. It shows you how global the game industry has become, especially as mobile has become the dominant form of gaming. I’m curious to learn more about Israel while I’m here. I’ve been very impressed with what is here.

If there’s a certain kind of talent that grew up here in Israel, and then you start a certain kind of company, in games you wind up with a lot of similar companies, like social casino games, ad-tech, and kids games. In what ways is that a strength, and in what way is that a vulnerability?

Frankel: When you look at any field of investment, there are the first pioneers in any industry. Then, around those pioneers, you start to see companies growing around them. In the game industry, for the first five years, we had initial growth in all directions. There were attempts at triple-A, at core, at casual. Then there were three big areas that held up: kids’ games; core games or mid-core games, especially strategy; and social casino.

You look at the startups today and you see many companies in these three areas, simply because these were the three pioneers, the three large companies. People see that success, or they work there themselves and then go out there to start their own thing.

When I look into the future, when it comes to casual, mobile, mid-core, Israel is very well-positioned. I see people working a variety of new concepts and new genres where Israel can excel. The one thing I don’t see — and I can understand why this is the case — is any work on triple-A. Plarium isn’t going into console or PC. From that perspective, it’s a difficulty, because many of the concepts that made these mid-core companies successful come from triple-A principles. By not having that, that’s a bit of an issue.

At Plarium we solved that problem by bringing game developers from top companies around the world to work with us. Whenever we feel like going after a new genre, a genre that only exists on console, we bring top game designers in to work with us and help us. But for small companies that’s a problem. That’s one weakness I see. 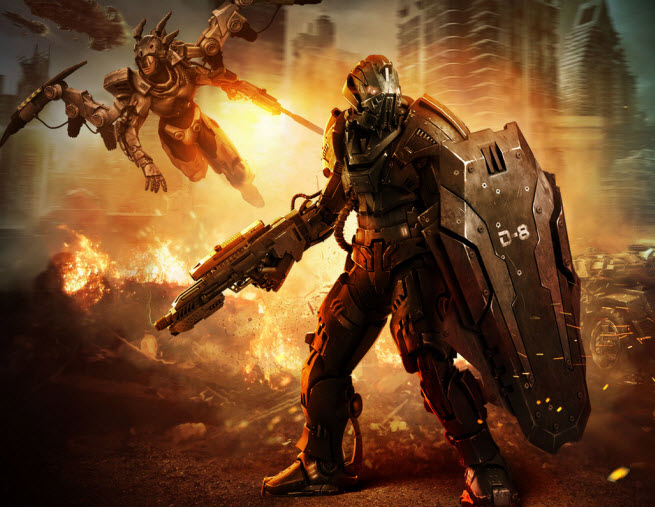 Levy-Weiss: Four years ago the game industry here was much smaller. All the major companies that you see today didn’t exist then. There were only indies, and it was harder for indie studios to build games. But Israeli studios had the capacity and skills to create casino games, and this translated to social casino games, which are basically casino games, but not played for real money. We saw a lot of skill coming from Israel in that area. A lot of Israeli companies have been sold in the past 12 months to foreign companies, mostly social casino companies.

What we see now with the focus on mobile games, which are somewhat cheaper to produce than browser games were a few years ago, there’s more capacity to create other kinds of games. … We’re going to see more of that in the future.

Schliesser: A lot of growing companies in Israel are starting to go global. You can get talent from Asia and other regions flowing back and forth. Technology can come from Israel and meet up with game design from other countries. Right now, when there’s a lot of noise around certain areas, those are the places that are going to flourish.

Triple-A is a field where you have to spend a lot of money, and you’re potentially going to make a lot of money or lose a lot of money. You need considerable backing to produce a triple-A title. When I was leading a studio for the first time and went out to look for funding, we were told many times, “You have great technology, but we want to build something that Israeli VCs can invest in.” That’s one of our problem areas. The startup culture is about technology, but gaming is more about content. It’s an interesting comparison that we work with. 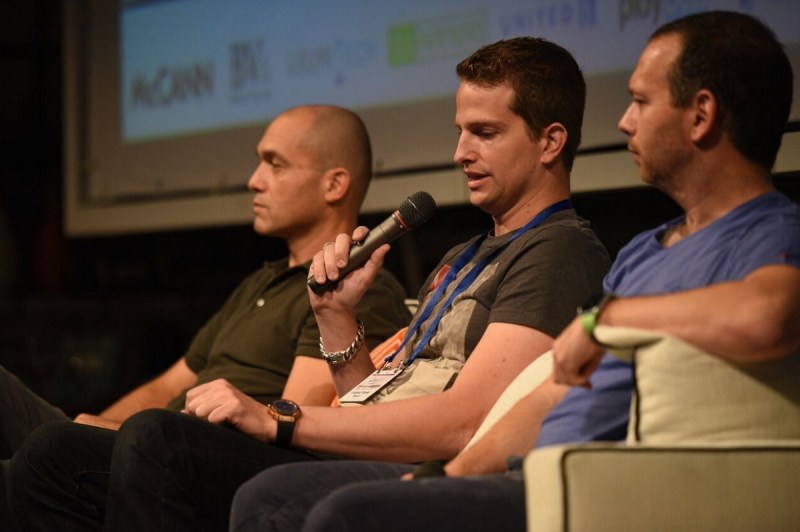 Above: Leonard Frankel leads acquisitions and investments at Plarium, a maker of mid-core games such as Stormfall.

GamesBeat: You have 100 VC firms here in Israel. That’s pretty amazing for any one region. But many of them won’t invest in games. Is gaming starving for lack of the right kind of access to capital?

Levy-Weiss: The answer’s definitely yes. Of those 70 VCs, maybe 20 are in the highest tier, with $3 million to $5 million. Of those 20 I can think of only three that made game investments in the past three or four years. And they only made one each. The reality is that if you’re looking to raise that first million, if you’re coming with the right concept and something playable, if you’re coming with a proven team—If you don’t hit crazy numbers right away, which is becoming tougher and tougher to do, going and getting $4 million or $5 million to prove yourself with has become almost impossible.

Many of these companies could be very well-funded if they were in the United States, because their initial traction is good. They could get financed. They could get as much as $15 million. But in Israel they’re scrapping with another half a million or million here or there. They never get a real chance to go out in the market and prove their game.