TabTale is one of Israel’s success stories in mobile gaming. Founded in 2010 to make kids games and education apps, it now publishes a game every week on iOS, Google Play, Amazon, and Windows.

The company was started by Sagi Schliesser, Oran Kushnir, and Nir Bejerano. Now it has more than 230 employees and 350 games that have been downloaded more than 600 million times. It has raised $13.5 million in venture capital and acquired two companies, developer Level Bit in Serbia and Coco Play in China.

With its most recent acquisitions, TabTale is now expanding to make games and mobile apps for people over 13 under the Crazy Labs brand.

We caught up with Schliesser at the Game Developers Conference in San Francisco. Here’s an edited transcript of our conversation.

Above: TabTale makes games for kids.

GamesBeat: What’s the latest update on Tab Tale? How big are you guys now?

Sagi Schliesser: We’re running about 350 games right now on all platforms, which is a big undertaking. To date we’re number one in kids, if you look at the download numbers, the revenue numbers, the monthly active users. We’re running about 600 million downloads to the kids portfolio, with a monthly rate of around 30 million downloads. We see the traction. Some patterns are changing. We have customers who are happy and sticking around, downloading one, five, ten games from Tab Tale.

If you look at what happened to the app store with super casual in 2014, a lot of utilities, Facebook and the others splitting their mobile portfolio in to multiple apps — if you look at the top charts, the ratio between games and non-games became different. We’re still, on a weekly basis, in the top 10 downloads in 50 countries with kids-directed games.

GamesBeat: How do you guys get noticed?

Schliesser: The primary way is cross-promotion. We have a lot of happy customers. They keep following the existing portfolio. When they open it, we suggest a new asset. If they want to check it out, fine. If not, we don’t show it to them again. That’s the way many users convert. We have a very high conversion rate, something like 350 to 500 percent better than the standard rate in the industry. The market standard is only one, one and a half percent, depending on the genre.

We’re also very adamant about going in on our Crazy Labs portfolio. We’ve acquired a few companies, including a company in Serbia with very skilled people — 15 years in gaming, seven years in Unity. We’ve built studios in Israel and other geographies.

GamesBeat: How many employees do you have?

Schliesser: Globally we have 230, located in Israel, Macedonia, Bulgaria, Ukraine, Serbia, China, Lithuania, and Croatia. There are super-talented people in eastern Europe. When it comes to VC, a lot of these companies aren’t getting recognition. We’re doing good work there. There’s a lot of potential. China has a lot of potential as well.

GamesBeat: With mobile you can expand anywhere in the world. Are there any particular places you want to go?

Schliesser: You can expand anywhere in the world, but there are certain skills you can only find in certain places. Some places you can find really good technical guys, really good artists. We need to structure the operation and take in the right capabilities from different locations. With the guidance from Israel, there’s no difficulty in taking over a company. We let them know what they need to do and we can structure the operation tightly to succeed.

GamesBeat: Do you want to move into Asia very much? Are you already there?

Schliesser: We built up our company in China starting from the view that Asia is super important to the business. We have a team there, an amazing team that helped us break some barriers in Korea, China, and Japan. They were 15 people when we bought them, but now they’re more than 30.

If you look at the charts, we used to hit around the top 150 in China, Japan, and Korea. Today we’re hitting the top 50. We see the progression there. With every new game we launch, we go higher up the charts in these geographies.

GamesBeat: How are your games translating from Europe and elsewhere to Asia?

Schliesser: Not everything translates. When we do Christmas content, obviously, that resonates less. But a lot of the content we do for kids, that works really well. It’s been interesting to work with our partners there. We’ve started localizing some things, and they’ve told us, “Don’t localize it. If it’s a simple game, leave it alone.” If we localize it all the way into Chinese, they don’t get the English language learning aspect of it, so on some things they’ve asked us not to localize. Some of our games have had educational value that way, like What You Do At Home. They like it better in English. It’s been part of the learning curve there. 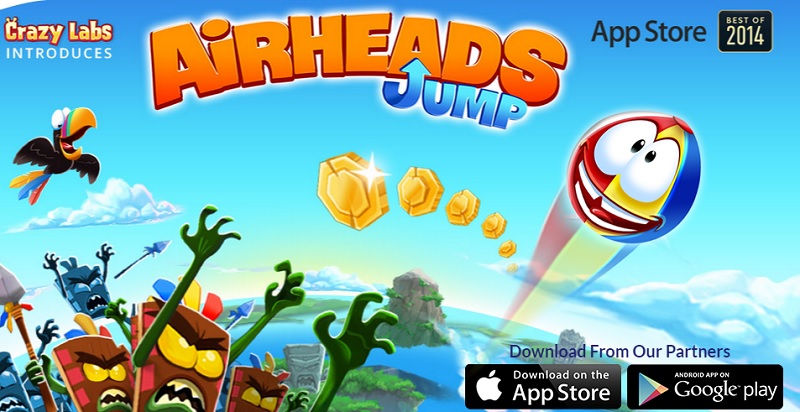 Above: Airheads Jump from Crazy Labs is aimed at older mobile users.

GamesBeat: What’s your competition like? I don’t know if Fingerprint Digital shows up in that respect, in the kids category.

Schliesser: Most of the developers in the kids category are focused in that area. You can find a lot of paid apps and branded apps there or streaming video content. The competition is high there, but the audience is relatively small compared to games.

One of the problems is that it’s a free economy. Kids vote with their hands. Certain age groups — very young, maybe up to the age of four — it’s very governed by the parents. You have brands like Dr. Panda that are doing amazing work. Parents download for their kids and they play and get a good experience. But when kids get older, they want to select things for themselves. Then the competition is much greater. It’s about structuring it the right way with fun gameplay and trying to work in the educational content.

Girls are a big part of our demographic. We’ve started doing a line with women entrepreneurs. We’ve seen a lot of campaigns along those lines in the U.S., like Run Like a Girl. We’re not just doing your pinkish type of apps, but letting girls have their own racing games or entrepreneur simulations. We’re trying, in our subtle way, to make the game fun and also get across what we believe is an important message. 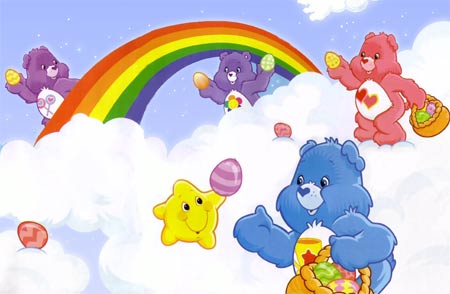 GamesBeat: Are brands going to be important in your space? Are they already important?

Schliesser: Obviously brands are important. They drive you out of the normal linear LTV. We released Care Bears with American Greetings, Holly Hobby, and others. But we’re looking to find the right balance of brands that can work with us tightly and with some commitment. What we bring to the table, in the last four years we’ve built an extensive technology platform. It allows us not only to build good content, but also to keep that content running for an extended period of time. If you’re a parent and you pay $4.99, you don’t want it to break down when iOS 9 comes out. You need continuity.

We’re looking for brand value where we can work together with someone over that extended period of time to bring consistent value or even build a subscription program, something more long-term. We’re not just picking one and doing that. With Apple taking a cut, with the brand taking a cut, with needing to do some promotion and prepare the art, it needs to be economical.

In kids, there are no whales. The most we charge is $4.99 or $5.99 for all the content. You’re very limited. This is why a lot of kids’ gaming companies are losing money. It’s a tough economy. You have to break even doing what’s fair for kids. It’s a hard environment to be successful.