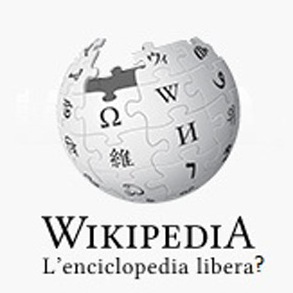 User-generated encyclopedia Wikipedia shut down its Italian website yesterday to protest a proposed privacy law drafted by the Italian government, reports The Atlantic.

The law would force websites to remove any information identified as defamatory to an individual within 48 hours of a complaint. The website would also have to publish an unaltered correction issued by the party that originally made the complain, or face a fine of up to €12,000 (about $16,000). The publisher or owner of the website can’t file an appeal over a complaint, which means the Italian government could basically censor any website.

“The obligation to publish on our site the correction as is… without even the right to discuss and verify the claim, is an unacceptable restriction of the freedom and independence of Wikipedia, to the point of distorting the principles on which the Free Encyclopedia is based,” Wikipedia users wrote in a statement posted on the Italian website’s front page.

The proposed law was introduced by Italian Prime Minister Silvio Berlusconi in 2008. In addition to websites, the law also applies to newspapers — specifically, their ability to publish information from police wiretaps during preliminary investigations.

While Berlusconi claims that the restrictions on the media and websites are necessary to ensure the rights of private citizen, opponents of the law cite accusations that Prime Minister had an illegal sexual relationship with a minor — which was revealed from a police wiretap — as his true justification.

“The Wikimedia Foundation stands with our volunteers in Italy who are challenging the recently drafted ‘DDL intercettazioni‘ (or Wiretapping Bill) bill in Italy,” wrote Wikimedia Foundation Communications Manager Jay Walsh in a blog post. “This bill would hinder the work of projects like Wikipedia: open, volunteer-driven, and collaborative spaces dedicated to sharing high-quality knowledge, not to mention the ability for all users of the internet to engage in democratic, free speech opportunities.”

Wikipedia said it may shut down the Italian site indefinitely if the law is made official.