Poor-quality digital ads aren’t going away, and ad fraud is making the problem even worse. In fact, digital ad fraud was estimated to cost marketers $12.4 billion globally in 2016, according to Adloox. That’s about the cost of twenty-nine A380 jets, eight Golden Gate Bridges, or the value of Hasbro. And the problem is only expected to get worse, with estimates predicting it will top $16 billion this year.

Digital advertising has seen massive growth and is predicted to top TV spend in 2017, reaching $77.3 billion, but it has also experienced massive fraud and trust issues. In fact, 46 percent of display and 51 percent of video ads are never seen by human beings. A major pain point is bot traffic. Non-human traffic comes from a software application that tricks websites into thinking that real people are engaging with the content. In short, billions of ad calls are made fraudulently with no chance for human exposure. The problem of ad fraud is so bad that Facebook closed Atlas, its DSP, after discovering incidence of ad fraud as high as 73 percent for programmatic video ads.

Another problem is that the industry has not settled on standards. The Media Ratings Council counts a video view when 50 percent of video pixels are in view for at least two consecutive seconds. On Snapchat, a view is counted the instant the video renders on screen. The industry must find a way to deliver consistent, objective standards so that marketers can make informed decisions about performance and ROI.

Another major issue is adjacency. Social platforms attract billions of users, which means infinite opportunities to compromise your brand’s safety. Facebook generates 1 million violent post notifications per day. Twitter has removed over 235,000 terrorist accounts, and YouTube famously ran into problems running ads against controversial videos. In a recent study, 63 percent of respondents were less likely to buy a product if they knew it had appeared next to extremist content. Clearly, adjacency matters.

Technology is improving, and the industry is quickly learning from its missteps. For example, new ad tracking products contain technologies that can prevent ads from being shown on flagged sites. Brand risk can now be analyzed on a per page level and in real time.

Programmatic advertising is improving, as well. Integral Ad Science reported that programmatic ad fraud decreased over 20 percent from Q4 2015 to Q1 2016, to 8.7 percent.  Publisher-direct buying is even safer, producing less than a third the incidences of ad fraud. Private marketplaces have also emerged as a hybrid solution. Here, marketers purchase from a hand-selected group of publishers, providing increased control and transparency. In the U.S., ad spend in private marketplaces was predicted to increase over 30 percent YoY in 2016.

In-app placements provide brand safety because apps exist within the carefully manicured domains of Google and Apple. Apps also provide twice the CTR of web content, according to AerServ and Opera Media Networks, and there are far fewer ads per page in-app. People are also less apprehensive about sharing their location when using an app, according to Pew Research Center, which helps improve targeting.

Selecting the right ad units can lead to more brand control and lower incidences of ad fraud. Consider that 60 percent of clicks on mobile banners are accidental and that 71 percent of people say at least half of the ads they see disrupt their mobile experiences. Digital ads can be annoying and intrusive. It’s no wonder 84 percent of millennials admit to blocking or skipping ads. But there are better options.

Value exchange (aka “rewarded” or “incentivized”) ads are another way to enhance safety and boost performance. These non-interruptive units allow people to unlock entertainment, points, or other digital content in exchange for engaging with ads. Top brands like Best Buy, Toyota, American Express, L’Oreal, and NBC are already using these units. Value exchange is safer because the units are always in view, they often live within mobile apps, and they’re user initiated. Jun Group, for instance, reports its NHT for value exchange placements at ~2 percent. By some accounts, value exchange video drives 4X the average completion rate of the industry, at 82 percent, and 84 percent of mobile users say they are favorable to value exchange video formats.

The ultimate key to better protecting your brand is to pay greater attention. And brands are doing just that, getting more involved in their digital ad buying practices. As a case in point, JP Morgan cut the number of publishers it works with from 400,000 to 5,000 when the company discovered that some of its ads were adjacent to inappropriate content and that only 3 percent of the sites it advertised on produced activity greater than an impression.

Some take brand safety for granted. The industry has become complacent and focused on tech advances to the detriment of transparency. In fact, the pendulum swung so far in the direction of automation that advertisers started losing control of their brands.

2017 is the year brands can take back control over their digital advertising and secure brand safety. Many of the tools and approaches already exist. At this point, it’s a matter of making the right decisions. 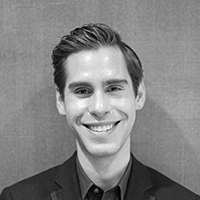 Adam Cohen-Aslatei is a Senior Director of Marketing at Jun Group, perennially positive Canadian living in New York, and interested in all things tech.