The company said it will begin designing the network soon and plans to embed 4,000 miles of fiber optic cables throughout the area to give San Antonio’s 1.4 million residents access to “gigabit broadband” (roughly 1,000Mbps). Google also noted that San Antonio is the largest city it’s endeavored to connect.

Part of the reason Google may have chosen San Antonio is because of its participation in two White House initiatives, TechHire and ConnectHome, aimed at connecting lower and middle class Americans to jobs in tech. Google has already aligned itself with ConnectHome, a project focused on delivering high-speed Internet access to low income and underserved populations. Last month, Google promised to give all public housing residents in its Fiber network free broadband for ten years.

In total, Google has selected 18 cities for its fiber network and has already rolled out to three: Austin, Texas; Kansas City, Missouri; and Provo, Utah. 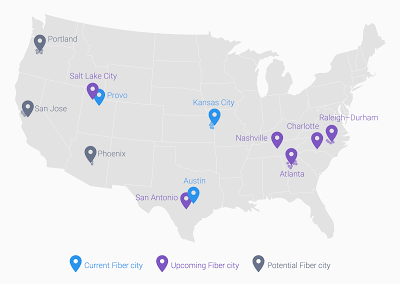