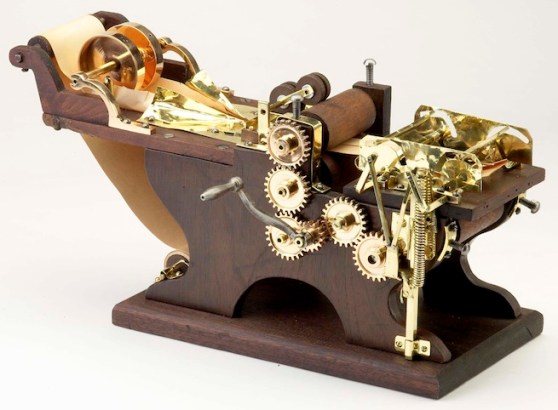 The language we use affects the way we think. Political strategists know this: Once you succeed in setting the terms of the debate, you’ve won.

It works in business, too. One of the trickiest turns of phrase in modern business is “intellectual property.”

In many ways, it’s a useful phrase, and it’s deeply embedded in modern economic life. Besides, the abbreviation “IP” is so much easier to say than “patents, trademarks, and copyrights.” But as free-software advocate Richard Stallman points out, the phrase glosses over some important distinctions between different kinds of ownership, and it grants a misleading sense of permanence to the rights it covers.

That’s why I say it’s time to examine this concept a little more clearly, especially when patent law dominates business headlines and the outcome of the Apple-Samsung trial holds enormous implications for the tech industry.

I realize that this question puts me in a tiny minority of business writers — maybe even on the lunatic fringe. Almost everyone agrees with the notion that patents, copyrights, and trademarks are a kind of property. The U.S. Patent and Trademark Office defines IP by writing, “It is imagination made real. … It is an asset just like your home, your car, or your bank account.”

But when even Google is talking about patent reform, it might be time to get a little more serious about this discussion — and to get some clarity about the terminology.

Let me explain: I’m not calling for the abolition of intellectual-property rights. I believe patents and copyrights are critical tools for ensuring that creators get fair compensation for their works of invention. VentureBeat pays my salary, and that of a dozen other writers, thanks to copyright. Silicon Valley’s 50-year technology boom would not have been possible without patents. One of the first things VCs ask (the smart ones, anyway) when examining a new investment opportunity is whether the company owns IP, and how defensible it is.

The problem lies with the way patents and copyrights, in particular, are implemented. Google executives are starting to have doubts about software patents, and they have said that the 20-year term of exclusivity granted with a patent is too long. (On the other hand, Google is also waging holy war against Apple on the hardware patent front, seeking to have all iPhones and iPads barred from entering the U.S. So it goes both ways.)

Patent examiners are incredibly overworked, and they often grant patents to ridiculous “inventions” that have no business being patented. When patent disputes arise, they’re often judged by a jury of 12 additional nonexperts, as the current Apple-Samsung case is.

Meanwhile, corporate copyrights now last for 95 years in the U.S., a term that gets extended every time that Mickey Mouse is just about to enter the public domain. (Thanks, Disney.) Unlike patents, which are intended to give a temporary monopoly to an inventor and then provide public access to it after a limited period, copyrights last essentially forever: Any copyrights granted today will outlive almost all of us reading this today.

When we lump these twin distortions together under a single term and dignify it with the same kind of language we use for real estate or personal property, we give it a false concreteness. Ninety-five-year copyrights start to seem like the natural order of things. Arguing for a shorter patent term sounds almost communist.

The result is a huge diminution of the public domain and a stifling of the kind of creative borrowing that all invention, artistic or technological, depends on.

We need patents and copyrights. We also need a better system for evaluating and granting patents. And we need a shorter term for both.

Let’s start by dropping the term “intellectual property” and talk about what we really mean: patents, copyrights, and trademarks.