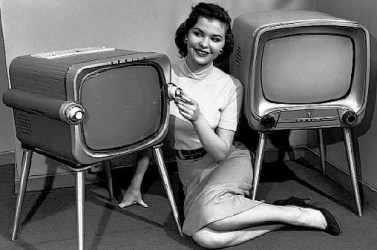 Rumors surfaced this week that Apple is in the process of putting together a $30-a-month iTunes TV offering. This rumored iTunes TV is supposedly something altogether different from the currently available Apple TV.

Apple TV is a piece of hardware that makes it easy to watch media (video, audio, pictures) on your regular TV. iTunes TV, on the other hand, would be a software offering that would allow consumers to watch “channels” on a PC for example. Apple TV combined with iTunes TV, though, could enhance the watching experience.

The idea’s an interesting one, as it would put Apple head-to-head with cable providers such as Comcast, who currently offer consumers bundles of various TV channels for a subscription fee. I have to ask: could Apple really beat out such providers as Comcast? Well, what if Apple took the tactic of selling programming by the channel, rather than by the bundle? Not that Apple’s giving us any hints yet as to how its subscriptions would work, but such a tactic is one way the company could attempt an end-run around the cable providers.

Comcast’s basic digital TV option — its digital “starter” subscription — costs more than $60 without a 6 months offer. And though it does offer dozens of channels, how many do you watch on a regular basis? Except for premium channels such as HBO and Cinemax, for which most consumers have higher willingness to pay, viewers have very different programming preferences. Some like the Food Network, others like TNT or the History Channel. Why would anyone want to pay for a bundle made up of many channels they never plan to watch?

Those channels I mentioned that have broad appeal — HBO, for example — tend to lose when it comes to bundling. Comcast subscribers who want HBO have to pay for the basic starter bundle before they can add HBO. If Apple were able to give subscribers more flexibility in what programming they buy, they could find a real inroad into TV.

The question is, who would be willing to partner with Apple? Such partnerships would absolutely make sense for premium channels, which could pull in premium prices for their content. And more consumers would likely subscribe to premium channels through such a system because they wouldn’t be forced to first buy the Comcast basic bundle first. (By the way, I don’t mean to suggest that HBO would be a likely offering on iTunes. In fact it’s unlikely, at least for now, since few would want to pay $10 for HBO on broadband TV. However, HBO serves as a good example of a “premium” channel for which most consumers are willing to pay a higher price tag.)

If cable channels don’t make such deals, they risk losing out to other networks and providers such as Netflix. It’s just a matter of time before consumers get more choices on broadband TV, and cable networks do not want to miss the boat.

What about networks such as History Channel and Food Network — would they go with iTunes? I don’t think so. They benefit from channel bundling more than premium channels do, so for them it makes more sense to stay with Comcast — at least for now.

One more word on the matter of bundling: If Apple did take a non-bundling approach and find success with that business model, it would be difficult for Comcast to follow suit. Comcast relies on bundle pricing model (and selling people channels they don’t necessarily want) to support its large infrastructure costs. It’s hard to imagine it would be able to cover its costs with a leaner, more personalized pricing model.

But getting back to those premium channels: Even if iTunes provided a way to increase audience size and subscription numbers, there are a number of reasons partnering with Apple could be bad business. Advertising is one.

Comcast and other cable providers already have strong relationships with advertisers. It would be hard for cable networks like HBO to transfer those advertising relationships over to broadband TV, and that means they’d risk cannibalizing their revenues if too many of their viewers switched to iTunes. Unless iTunes can give these cable networks a sweeter deal (more share of the revenue or some other comparable advertising partnerships), it would be hard for them to make a good business case.

Then there’s the matter of user experience. Broadband is still not very reliable, and the user experience is far from that of TV. However, Apple TV and Boxee are helping change that. A combination of iTunes TV and Apple TV could provide a comparable if not better user experience.

For news and sports, however, Apple will have to work around broadband connection and speed problems to offer compelling live streaming channels. But again. Apple TV can help remedy some of the streaming and speed issues.

So far I’ve talked about channel bundles. But Comcast also sells other types of bundles — packaging internet and TV, for example. It has a huge advantage there, as it can offer more attractive deals when it sells bundles of services. Consumers typically prefer this type of bundling, since they can get services cheaper that way. Moreover, providers can exert their monopoly more effectively by bundling multiple products. Microsoft Windows and Internet Explorer are good example of that. This is precisely why Apple needs to think hard about pricing its package at a point where it becomes attractive.

Apple could very well follow the same strategy is uses to sell iPods: It sells songs for a low price (the margins are extremely thin, and by some estimates Apple doesn’t make any money on songs), but Apple’s built a strong tie between iTunes songs and iPods. That makes people buy more iPods. Something similar could work for TV. Sell cheap subscriptions in order to drive more sales of the Apple TV. While it is true that Apple TV has been a “hobby” for Apple so far, iTunes TV with the right content and pricing could change that.

This is also where Apple can work out a business model with content providers such that the content providers keep a bigger share of the revenue through iTunes TV. This would be a better business case for channels such as HBO, which then can move to iTunes even if the subscription fee is lower than that on Comcast.

The biggest challenge facing any iTunes TV subscription package will be convincing content providers that Apple’s got their backs. Music studios already don’t like Apple very much due to its strong control over legal music distribution. For the very same reason, they’re rooting for Amazon to succeed with its MP3 offering. The more options that studios and content providers have, the better leverage they have over Apple. It’ll be interesting to see how they react.