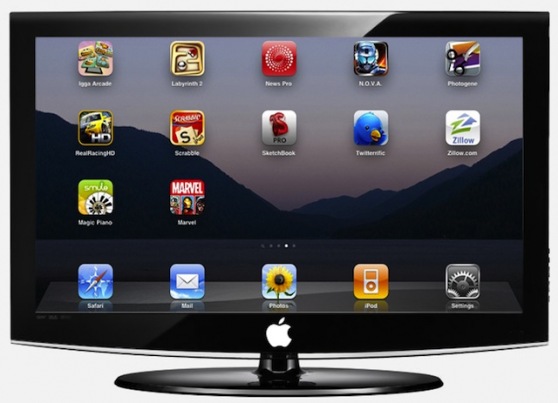 Apple just released its newest Apple TV set top box, but the rumored iTV might not be far off. Indeed, one analyst is saying the television may be released in the fourth quarter of 2012.

Peter Misek, an analyst with financial services firm Jeffries and Company, recently took a trip to Asia where he uncovered what he believes are iTV components being shipped to Apple Asia.

“We believe specialty components have begun to ship to Apple’s Asia panel suppliers with polarized films, filters, and IGZO components starting to move in small quantities,” Misek said in a report. “We expect commercial production in May/June with 2M to 5M builds likely.”

In December, the Wall Street Journal’s sources predicted the iTV would come with some nifty features. Given the popularity of the iPhone’s Siri voice assistant, iTV may come with a voice element, such as vocal channel changing. People may also be able to stream content from their devices to the television using AirPort, potentially overriding the need for Apple TV. Given the company’s deep investment in mobile products, the television could also sync programs between different Apple devices, giving viewers the ability to watch a show on the TV, pause, and pick it up on an iPad.

Misek isn’t alone in estimating a May-to-June delivery timeframe. Taiwanese blog Digitimes reported in late December that Apple would begin assembling the iTV in the first quarter of 2012 and sell the product in the summer months.

Given all the anticipation surrounding this product, Misek believes Apple’s stock could hit a high of $699, $100 more than his previous estimate of $599.