Mobile game publisher Jam City continued its acquisition spree today as it announced the purchase of Bingo Pop from Uken Games in Toronto.

The Los Angeles-based Jam City has now acquired three game assets this year — including Disney’s Emoji Blitz mobile game studio in Glendale, California, and Brainz in Bogotá, Colombia. These deals could potentially help shore the company’s user base and finances in advance of a rumored initial public offering.

The Uken Games Bingo Pop team will add dozens of people to Jam City’s previous 650-plus employee base. Terms of the deal were not disclosed. Uken Games CEO Chris Ye said in an email that 42 team members will join Jam City, but Uken Games will still have 68 people working on other games that Jam City did not purchase.

“We are really excited to expand our operations to Toronto,” said Jam City president Josh Yguado in an interview with GamesBeat. “It’s a super-exciting, fast-growing tech market. And the team is one of the best we’ve worked with.” 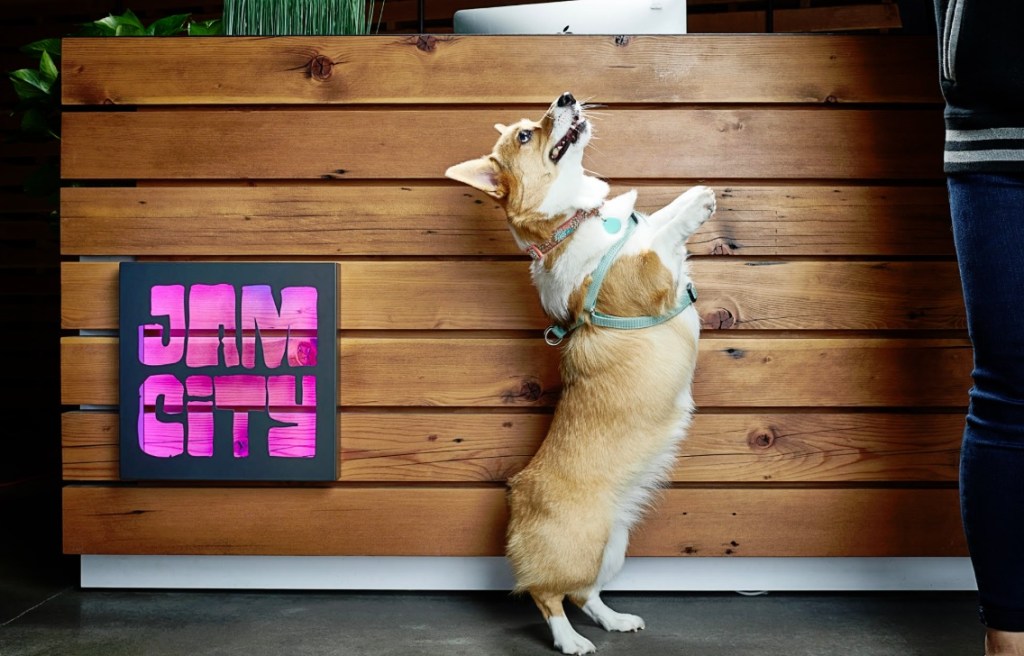 Above: Jam City and a cute corgi.

Jam City said it recognizes that Canada is becoming a haven for top game developers, engineers, designers, and artists, given its good universities, universal health care, (mostly) affordable housing, and diverse communities. More than 35,000 students are enrolled in digital gaming related programs across the Toronto and Ontario regions.

Launched in 2012, Bingo Pop has consistently been one of the top bingo mobile games worldwide. The game is a free, classic bingo game mixed with large jackpots, fast action, power-ups and other features including characters and social features. Bingo Pop is available worldwide on the App Store and Google Play. Uken Games also makes the trivia games Who Wants To Be A Millionaire? and Jeopardy! World Tour.

“Bingo pop has a lot of potential,” Yguado said. “It is always one of the top bingo titles, and the live ops are among the best in the industry.”

Yguado said that the game stands at the intersection of puzzle and social casino genres. The latter is a new genre for Jam City.

“I would not say we are actively working to get into social casino,” he said. “It was an attraction to the team.”

“Consolidation has always been a good part of our strategy,” Yguado said. “There’s a lot of value in being an at-scale company in user acquisition, game services, and other areas. Smaller to midsize companies see the benefit of being part of a large publisher.”