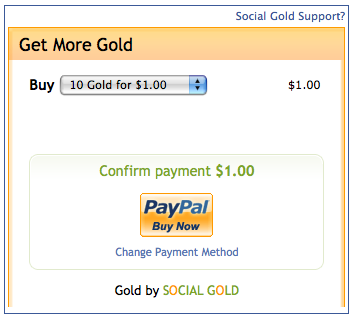 Competition is heating up in the virtual goods economy on Facebook, because they actually appear to be making significant amounts of money. The latest entrant is Jambool, InsideFacebook reports. A long-time developer shop for Facebook applications, the company has retooled itself to provide virtual goods features to other applications on social networks

Pseudo-rivals like Offerpal and Peanut Labs also offer various ways for app developers to integrate virtual goods and generate revenue, although Jamloop is focused more specifically on payment integration for the time being. Separately, various rumors have been circulating for months that larger social game developers like Zynga and the Social Gaming Network are bringing in tens of millions of dollars a year. Here’s the latest one about Zynga’s projected revenues from games like Texas Hold’em adding up to between $30 million and $50 million this year. For what it’s worth, we’ve since learned that the above estimates are on the too-high side. Still, there are many signs of overall virtual goods growth. Smaller developers have also been doing quite well for themselves, as we reported last summer.

Seattle-based Jambool has also raised $1 million from Hit Forge, Charles River Ventures and Bay Partners, according to the report. Add this amount to the $885 million that was also invested last year in a wide range of companies working on virtual goods. Jambool’s founders are former leaders at Amazon, Vikas Gupta and Reza Hussein — they helped develop Amazon’s payments and order workflow systems.

Given Jambool’s background, existing client list and funding, it looks to be a serious new competitor in this emerging area.