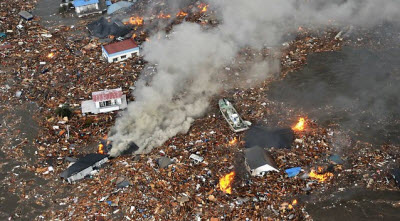 After previously predicting a profit of $857 million, Sony said it now expects to lose $3.2 billion (260 billion yen) for its fiscal year ended March 31, due to the Japanese earthquake.

In a statement today, Sony revised its previous estimates from February to account for the loss and it also lowered its revenue forecast from $88.2 billion to $87.9 billion for the year. The company’s expected operating income remained the same at $2.5 billion. The impact of the quake is expected to decrease sales by about $269.4 million.

The impact on operating income from the quake is expected to be about $208.1 million for the fiscal year ended March 31, while it will be $1.8 billion for the fiscal year ended March 2012. Because of the quake-related losses in the coming fiscal year, Sony has been forced to take a write-off of $4.4 billion against deferred tax assets in Japan. The valuation allowance is a non-cash charge and it does not have any impact on Sony’s operating income or cash flow.

Sony also said that the cost of the cyber attack against the PlayStation Network is expected to be about $171 million for customer support, legal expenses, network upgrades and other costs. Sony plans to release full results on May 26.