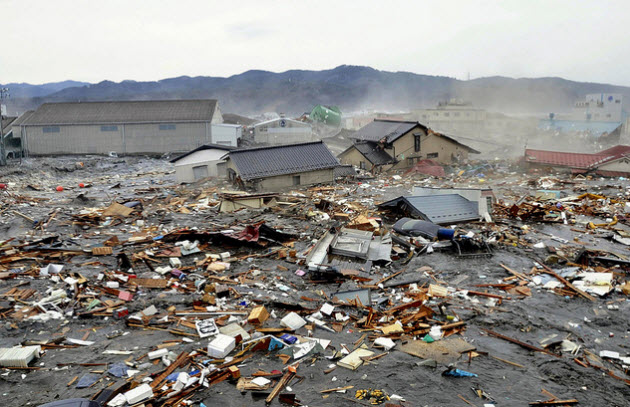 Japan’s network infrastructure has stayed largely intact despite the huge earthquakes and tsunami which struck the island nation Friday.

Renesys reported that the 8.9-magnitude earthquake and its aftershocks have not really affected the Internet’s undersea cables that keep Japan connected to the rest of the world. A small percentage of Japanese internet connections went down and many of those have come back up. That shows that, in a country immersed in technology, the Internet can serve as a critical backbone for people who need to communicate their whereabouts to others.

I know that much since two of my cousins, one in Tokyo and another in Hokkaido, both posted messages on their Facebook pages saying that they were doing fine.

By contrast, when Taiwan got hit by an earthquake in 2006, several carriers got knock out as undersea cables were broken. Some connections have gone dark, such as the Pacific Crossing cable connection in Ajigaura.

Keynote Systems, a mobile and Internet monitoring firm, also said it found very few problems at a macro level for Japan’s internet late Friday afternoon. But some leading Japanese sites struggled to stay up and available.

Dave Karow, senior product manager for Internet test and monitoring at the company said, “At a macro level, the Internet did what it’s supposed to do. It didn’t even blink. Access from Tokyo to major internet properties based on the Keynote Business 40 was not impacted in any meaningful way. Additionally, access between Tokyo and regional hubs including Seoul, Singapore and Taipai, as well as San Francisco, was not impacted either.”

But on a micro scale, Karow said that a number of top sites had slow downs, rather than site failures, and most lasted less than an hour. The alarms occurred throughout the day, rather than just around the time of the first quake.  A small number of alarms lasted longer, averaging 7.5 hours.