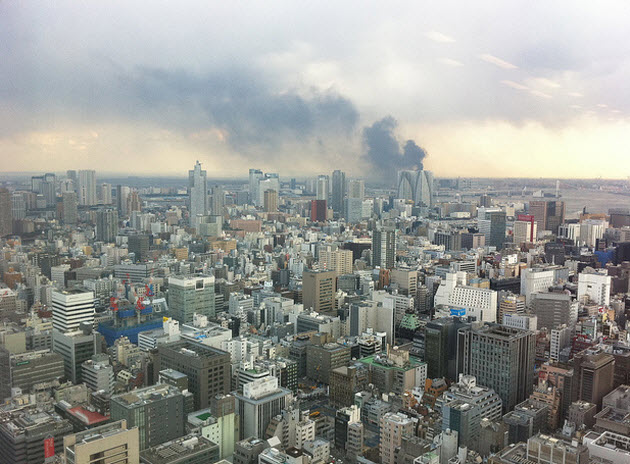 As Japan got hit by the double whammy of an 8.9-magnitude earthquake and the subsequent tsunami, the disaster’s effect on technology came into play, endangering cloud computing and mobile services. 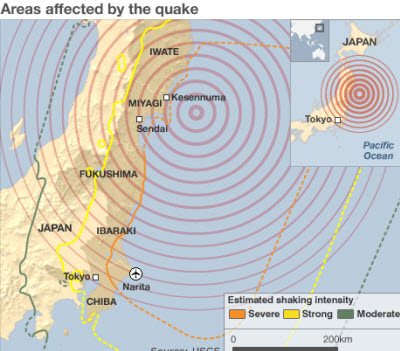 The quake brings back reminders that disaster recovery plans are critical for technology companies and that technology services are more critical than ever in the midst of a catastrophe. The quake was the strongest to hit Japan in at least a century, sending a tsunami as high as 33 feet that flooded northern towns. The quake was followed by a 7.1-magnitude aftershock, which itself is very big.

The quake hit in the Pacific ocean about 231 miles north of Tokyo around mid-day local time, according to the U.S. Geological Survey, which can pinpoint quakes in a very short time. News reports show that mobile services are working in Tokyo but are under stress. The mobile systems in particular aren’t built to handle the kind of huge communications rush that happens in the wake of a disaster, as calls from worried people and emergency services requests tend to overwhelm network capacity.

Many tech companies are setting up cloud computing services in Tokyo. Japan’s NTT Communications has lost a 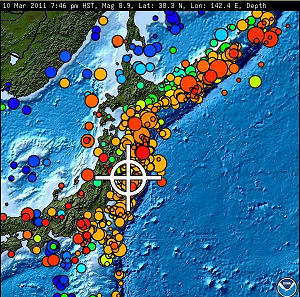 lot of its internet voice data, using IP-VPN technology. It is evaluating the building holding its data center. Amazon Web Services, which just opened a data center in Tokyo, said that its services are available. Salesforce.com said that its Japan and Asia Pacific services are up. ZDNet Japan has more info on the impact on data centers.

Citizen journalists are posting video of the quake on the CitizenTube channel on YouTube. Also, Sony and Toyota said they halted production at factories in the region. Sony evacuated six factories in northeastern Japan, where it makes Blu-ray discs, magnetic heads and batteries. Toyota closed three factories while Honda closed two and Nissan closed four.  Panasonic said employees at three factories sustained minor injuries. My cousin, who lives in Sapporo on Hokkaido, used Facebook to tell everybody it was “one hefty earthquake” and that he was OK.

Meanwhile, Google Person Finder is available to help people get information about loved ones. The waves from the quake are expected to hit the west coast of the U.S. at 8 am Pacific time. The tsunami did not cause major damage in Hawaii. [photo credit: ebtokyo flickr]