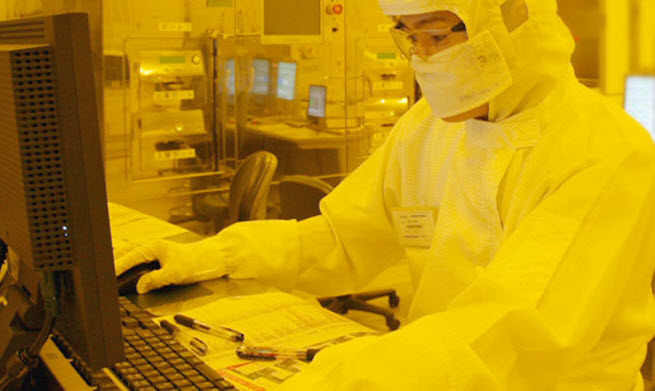 The news came after a drop in memory chip prices and a failed financing attempt. The Japanese company was formed in 1999 from the memory operations of NEC and Hitachi, and its collapse is part of an inevitable consolidation in the industry.

The company lost money for five quarters in a row and listed liabilities of $5.6 billion, according to the BBC. The company’s market value fell by 95 percent in the last five years, and it will be delisted on March 28 from the Tokyo Stock Exchange. DRAM prices fell 85 percent (thanks to lower-than-expected PC sales), and a strong yen hurt the company’s profits. Japan’s government and banks bailed out the company in 2009, to no avail. The recent Japan quake also hurt the company.

Rivals such as Samsung have successfully diversified into flash memory and mobile DRAM for mobile handheld devices such as the Apple iPad and iPhone. Elpida, on the other hand, failed to move quickly into that market. Other DRAM chip makers have had a tough time too. Bloomberg said that Elpida, Hynix, and others have lost $14 billion in the past three years. Fujitsu exited the business last year.

Elpida defaulted on six bonds for its debt as they came due yesterday. Vijay Rakesh, an analyst at SterneAgee, said the bankruptcy will likely result in lower capacity in the larger DRAM industry. Elpida may sell off its assets, he said, to pay off creditors. Beneficiaries could include Taiwan’s Powerchip, Idaho’s Micron, and Samsung.

Jim Handy, an analyst at Objective Analysis, said, “Elpida has good technology, but is simply unable to compete in an oversupplied world market using prices that are yen-based.” He noted the company is Japan’s last remaining DRAM maker. Some observers believe that Japan’s government will intervene to keep the company afloat out of national pride, but Handy doubts that will happen. Handy said it’s unlikely DRAM prices will stabilize after the exit of Elpida.