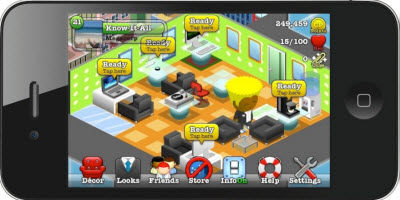 DeNA last week purchased GameView, another social game company. The investment in Astro Ape, which has had success as a social game developer, is part of DeNA’s “X-device, X-border” strategy. That means the company plans to be on any device in all parts of the world.

Astro Ape is based in Edison, N.J., and has created games such as Office Heroes for Apple’s mobile operating system, iOS. Now it will develop games for DeNA’s MiniNation mobile game platform.

DeNA, headed by Tomoko Namba, has also acquired IceBreak and made a strategic investment in Aurora Feint. That means that the company is one of the most aggressive buyers in the North American mobile game market. DeNA created a $27.5 million incubation fund for social games this summer. Namba said her company is just getting started in the U.S. Thanks to revenues from its Mobage-town social gaming community, DeNA’s 2010 revenue run-rate is $1 billion. It certainly looks like DeNA is in a race with Zynga to be the dominant player in social games.

Astro Ape was  founded by Christopher Cheung, Chieh Huang, and William Fong in March, 2009. The studio has five employees and is adding a couple more in the next two weeks. The company is self-funded.