The HTML5 platform — based on HTML5 standard, or the lingua franca of the web — is becoming more popular with endorsements from Facebook, which launched its Instant Games last fall. That means you can play HTML5 games on a smartphone or PC via a web browser.

Rakuten Games, based in Tokyo, is a joint venture of Rakuten and Blackstorm Labs in Mountain View, Calif., which has created a HTML5 games platform. HTML5 games are highly accessible for just about anyone, as they don’t require a download and reduce a lot of the friction associated with starting a game.

R Games offers a diverse lineup of free-to-play titles, including original titles developed by the company, such as Don Don Dragon, as well as new titles incorporating the intellectual property of several major Japanese publishers. So far, there are 15 games available. 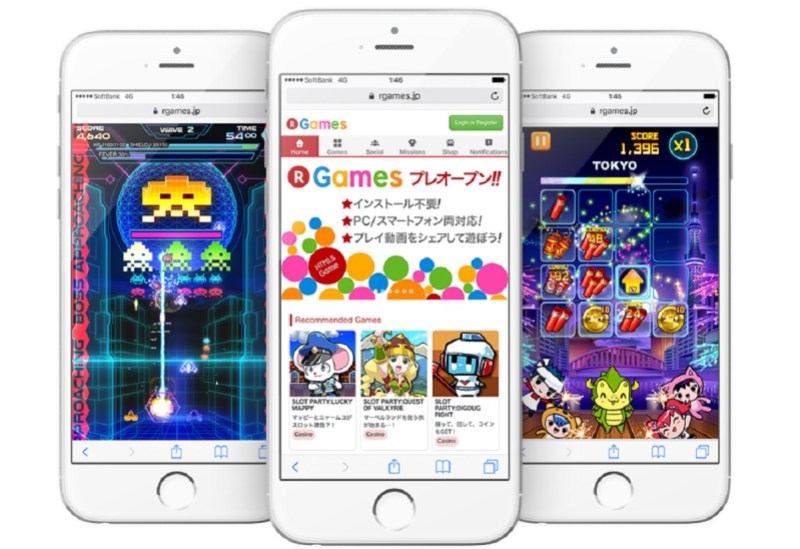 The games feature intuitive controls, making them accessible and enjoyable for both gaming fans and casual gamers alike.

“While Japan’s game industry is a global leader, there is still potential for growth, and we believe that much of this growth will come from the use of HTML5,” commented Shigenori Araki, CEO of Rakuten Games, in a statement. “We hope to change the way people view web content and close the gap between web and native apps to become the first HTML5 game platform upon which users from all around the world can interact with each other.”

He added, “No downloads. No installs. Just tap and play: that’s what excites me most about HTML5 gaming. In order to make this vision come to life, we’ve incorporated world-class technology with one of the best software development teams in the world to build a set of highly impressive HTML5 games.’

The R Games platform also incorporates a variety of social features, allowing users to compete on scores and share gameplay videos, as well as challenges which users can earn rewards for completing, creating a more social gaming experience and promoting communication between users.

In addition, Medals, the virtual currency used for purchasing in-game items, can be bought with Rakuten Super Points.

“Rakuten’s significant web presence and dedicated users make it perfectly positioned to leverage our technology to enter the mobile gaming market completely outside of the traditional app store approach. This is well positioned to be the biggest paradigm shift in recent years in Japan,” said Michael Carter, CEO of Blackstorm Labs and board director of Rakuten Games, in a statement. 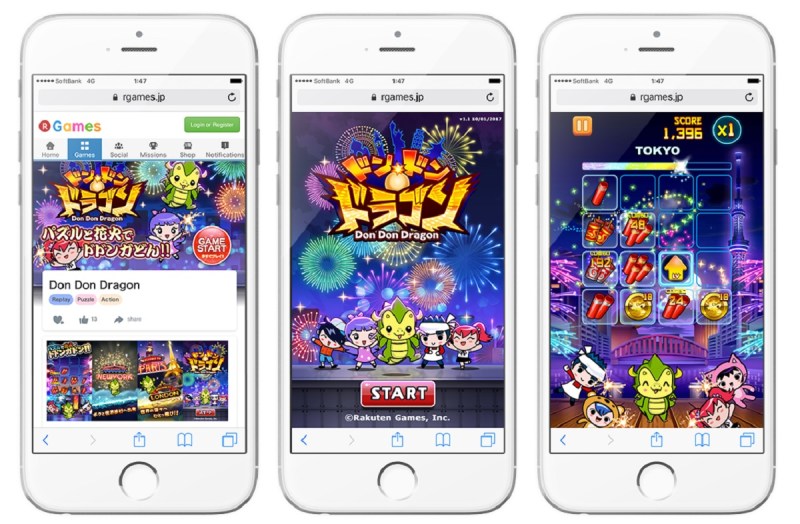 As the games are developed in HTML5, they can be played on a variety of devices, including smartphones, tablets, and PCs, without the need for the user to download any software or updates, creating a frictionless play experience.

Moving forward, Rakuten Games will continue to work to expand its lineup of HTML5 games and create a new type of entertainment service.

“Rakuten Games is prime to disrupt the industry,” added Ernestine Fu, independent board director of Rakuten Games, in a statement. “Rakuten’s huge audience in key monetization demographics, access to IP in Japan, and superior alternative to the app stores make this initiative a game changer. “