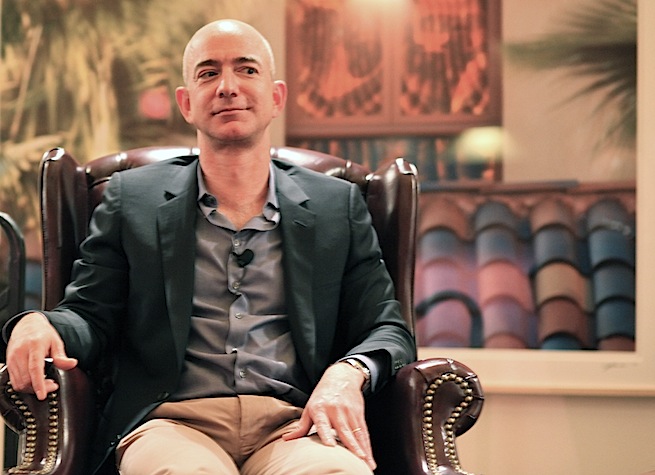 Amazon chief executive Jeff Bezos was named Fortune’s Businessperson of the Year today for his part in changing both the bookstore and the book itself.

Bezos founded Amazon in 1994 and has since redefined what a bookstore is. Most recently he introduced a 7-inch Kindle Fire HD tablet that competes directly with Apple’s iPad Mini and is seemingly very bullish on the e-reader market. As opposed to his competitors, Bezos often pushes the idea that Amazon won’t make money off of its hardware, but rather, Amazon will make money off of the content that brings those tablets alive.

Fortune chooses the businessperson of the year by looking at the financial standing of the candidate’s company, stock performance, and market value. It also looks at the person’s leadership, how they “gracefully steer a very large organization,” if they’re risky, if they’re strategic. Lastly, it looks at whether the company itself has “cultural significance,” perhaps has maybe changed the way we do something. In Amazon’s case, this is the overhaul of the book market.

Specifically, Fortune factored in Bezos’ management style, which includes asking his employees to submit new ideas through a six-page written narrative. He told Fortune in order to write a memo like this, you have to have a clear head, an understanding of what you’re writing. Bezos also stresses the focus on the consumer. He says his competition spends time in the shower thinking about overcoming their biggest adversaries, while his employees spend that time thinking about better products for their customers.

Other tech favorites on the broader list of 50 best businesspeople of the year include Google’s Larry Page, Oracle’s Larry Ellison, IBM’s Ginni Rometty, and Square’s Jack Dorsey. Fortune says Dorsey made it to the list because of metrics looking at leadership and cultural disruption.