Jeremy Lin is the talk of the NBA. Sportswriters everywhere are busy cranking out column inches on what people have called the ultimate Cinderella story: The emergence of an Asian-American Harvard graduate, seemingly from nowhere, as one of the NBA’s biggest stars.

On February 3, Jeremy Lin was the Knicks’ third-string point guard. Less than two weeks later, Sports Illustrated announced that they would put him on the cover of the February 20 issue with the caption, “Against All Odds.”

Yet one group wasn’t surprised by Lin’s success. A new breed of basketball statheads (the hoop equivalent of the SABRmetricians popularized in “Moneyball“) had predicted Lin’s success from the start.

Prior to the 2010 draft (where all 30 NBA teams passed on Lin) their analysis ranked Lin #10 out of all players, and #1 among undrafted players. This analysis is purely statistical; the models don’t consider height, vertical leap, foot speed, and perhaps most importantly, skin color. They simply look at statistical contributions made during basketball games.

He also shone in the NBA’s Developmental League (a minor league of basketball), where he produced at a .211 clip.

In other words, when you looked at pure production, Lin was a top prospect. His rise only seems unlikely when you consider non-basketball factors, like his race or educational institution.

It’s a funny one-liner, but it underscores a more serious issue.

Lin’s high school coach noted that his star player wasn’t recruited by any colleges, despite leading underdog Palo Alto High to the California state title. He also noted that the following year, a number of scouts came to games to watch another of his players who wasn’t as good, but was African-American.

Stereotyping has legitimate purposes. If you knew that Harvard University had produced twice as many presidents (8) as NBA players (4), you would be right to guess that any generic Harvard basketball player would be unlikely to make the NBA. But stereotyping only makes sense in the absence of better data.

In the case of Jeremy Lin, publicly available statistics proclaimed his value, but scouts preferred believing in stereotypes to trusting in data.

Sadly, this kind of bigotry isn’t limited to the world of sports. Even here in Silicon Valley, where we like to think of ourselves as a meritocracy, we practice a particularly pernicious form of stereotyping on a daily basis.

Investors love to talk about “pattern matching.” A common expression is, “I’ve seen this movie before.” There’s a reason why entrepreneurs constantly pitch themselves as “the AirBnB of ice skating” or “the iPhone of Valentine’s Day cards” (hmmm, that actually doesn’t sound so bad….).

This made sense in the absence of better data. When investors had to make decisions based on a PowerPoint deck and some rough prototypes, falling back on stereotypes was a good strategy. Indeed, I like to describe the default investing strategy of Silicon Valley as “invest in charismatic 20something Computer Science graduates from Stanford, MIT, and CMU (with Berkeley, UIUC, and Harvard as fallbacks), as long as they’re male and either Caucasian or Asian.”

In today’s world, with the ability to judge entrepreneurs based on a vast amount of publicly available data, ranging from social media to GitHub, with the ability to launch MVPs and generate tangible engagement and conversion statistics without raising money from investors, we now have the better data we need to make stereotyping AKA “pattern matching” AKA bigotry obsolete.

But old habits die hard. Just in the last few months, we saw a CNN special on black entrepreneurs in Silicon Valley. Whether or not you feel that CNN used ambush tactics to help stir up controversy, the fact is that African-Americans make up only 1 percent of venture-backed entrepreneurs nationwide. And just last month, Whitney Hess conducted an analysis of top venture capital firms that showed that the most gender-balanced firm was Kleiner Perkins at 23% female, while the majority of those firms had zero female investors.

Discussing such topics makes people in Silicon Valley uncomfortable. Few of us like to think of ourselves as racist or sexist. Yet I know of many entrepreneurs who feel that they are overlooked because of their skin color, gender, age or simply because they didn’t go to the right schools.

Jeremy Lin has been called the Asian Tim Tebow (or is it that Tim Tebow is the white Jeremy Lin?); we need to extend the lessons of Jeremy Lin beyond sports to the startup world. Decisions need to be based on performance on the field of play, not race, gender, age, or education.

And for those who are the first to recognize “pattern matching” for what it is, the rewards can be great. How many of those other 29 NBA teams could use Jeremy Lin on their team right now? 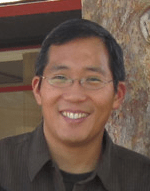 Chris Yeh is an entrepreneur, venture capitalist, and angel investor based in Silicon Valley. He also blogs at Adventures in Capitalism, where the above story also appears. The story is reprinted here with permission.